A SPELL TO WARD OFF THE DARKNESS 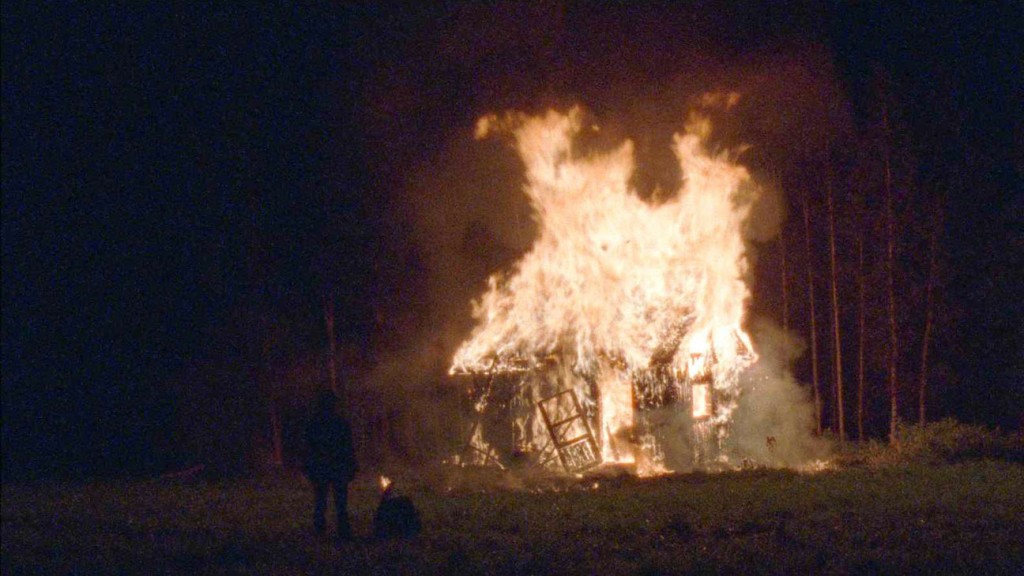 Special co-presentation with the Harvard Film Archive and Balagan Films!

A SPELL follows an unnamed character through three seemingly disparate moments in his life. With little explanation, we join him in the midst of a 15-person collective on a small Estonian island; in isolation in the majestic wilderness of Northern Finland; and during a concert as the singer and guitarist of a black metal band in Norway.

Marked by loneliness, ecstatic beauty and an optimism of the darkest sort, A SPELL is a radical proposition for the existence of utopia in the present.

Starring artist/musician Robert A.A. Lowe (best known for his intense live performances under the name LICHENS) in the lead role, A SPELL lies somewhere between fiction and non-fiction – it is at once a document of experience and an experience itself, an inquiry into transcendence that sees the cinema as a site for transformation.

Filmmakers Ben Russell and Ben Rivers will attend in person for Q&A.

On March 24, The DocYard, The Harvard Film Archive, and the Balagan Film Series will present a second evening of short films by Ben Russell and Ben Rivers, with both directors in attendance for discussion.

Ben Rivers (b. 1972, UK) studied Fine Art at Falmouth School of Art, initially in sculpture before moving into photography and super8 film. After his degree he taught himself 16mm filmmaking and hand-processing. His practice as a filmmaker treads a line between documentary and fiction. Often following and filming people who have in some way separated themselves from society, the raw film footage provides Rivers with a starting point for creating oblique narratives imagining alternative existences in marginal worlds. He is the recipient of numerous prizes including  the FIPRESCI International Critics Prize at the 68th Venice Film Festival for his first feature film “Two Years At Sea”. In 1996 he co-founded Brighton Cinematheque, which he then co-programmed through to its demise in 2006. He continues to programme on a peripatetic basis.