An Afternoon with Deborah Stratman 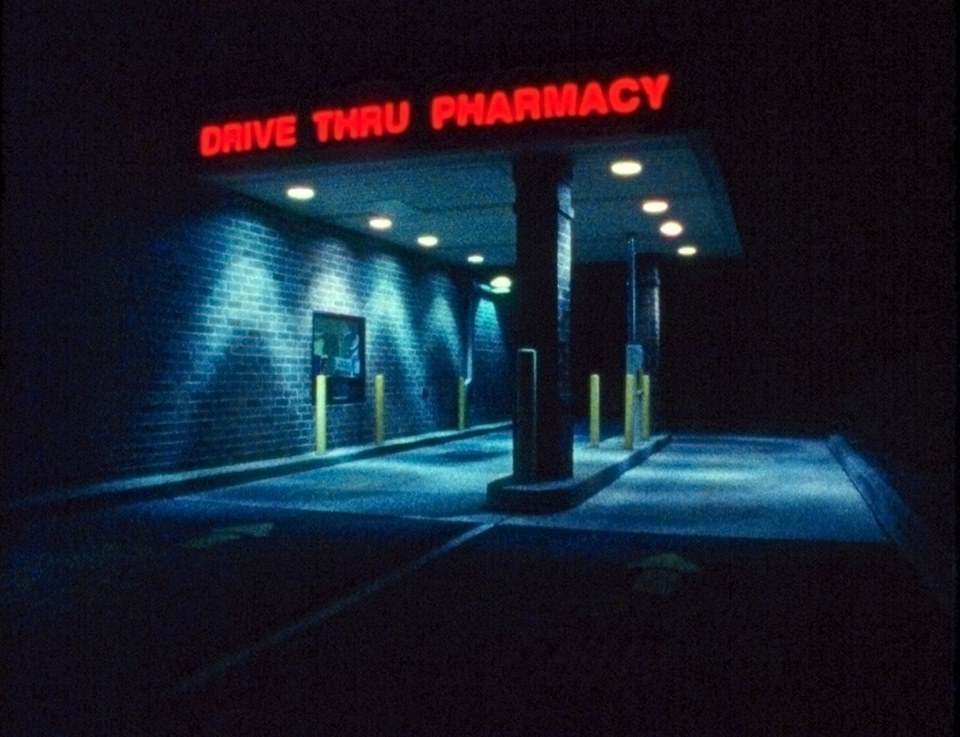 Co-presented with the Balagan Film Series, the Film Study Center at Harvard University and the Harvard Art Museums

Deborah Stratman will attend in person for a post-screening discussion with Ernst Karel, Assistant Director of the Film Study Center at Harvard

Deborah Stratman is a Chicago-based artist and filmmaker interested in landscapes and systems. Much of her work points to the relationships between physical environments and human struggles for power and control that play out on the land. Recent projects have addressed freedom, expansionism, surveillance, sonic warfare, public speech, ghosts, sinkholes, levitation, propagation, orthoptera, raptors, comets and faith. She has exhibited internationally at venues including MoMA NY, Centre Pompidou, Hammer Museum, Mercer Union, Witte de With, the Whitney Biennial and festivals including Sundance, Viennale, CPH/DOX, Oberhausen, Ann Arbor, Full Frame, Rotterdam and Berlinale. Stratman is the recipient of Fulbright, Guggenheim and USA Collins fellowships, a Creative Capital grant an Alpert Award and the Film Study Center at Harvard University’s Robert Gardner Fellowship.

Village, silenced
2012, video, 7 minutes
A re-working of Humphrey Jennings’ seminal 36-minute 1943 docudrama “The Silent Village,” wherein Welsh coal miners from the village of Cwmgiedd collectively re-enact the Nazi invasion and annihilation of the resisting Czech mining village of Lidice. Focus in this iteration is on sound as a mode of social control and the larger historical implications of repetition. An homage to Jennings’ lucid address of labor solidarity, power and commemoration.

In Order Not To Be Here
2002, 16mm, 33 minutes
An uncompromising look at the ways privacy, safety, convenience and surveillance determine our environment. Shot entirely at night, the film confronts the hermetic nature of white-collar communities, dissecting the fear behind contemporary suburban design. An isolation-based fear (protect us from people not like us). A fear of irregularity (eat at McDonalds, you know what to expect). A fear of thought (turn on the television). A fear of self (don’t stop moving). By examining evacuated suburban and corporate landscapes, the film reveals a peculiarly 21st century hollowness… an emptiness born of our collective faith in safety and technology. This is a new genre of horror movie, attempting suburban locations as states of mind.

…These Blazeing Starrs! juxtaposes a modern empirical desire to probe and measure against older methods, when star gazers were translators, explicating the sky more intuitively for predictions of human folly. Comets are now understood as time capsules harboring elemental information about the formation of our solar system. Today we smash rockets into them to read spectral signatures. In a sense, they remain oracles – it’s just the manner of divining which has changed.

How Among The Frozen Words
2005, video, 44 seconds
PART 1 of THE PARANORMAL TRILOGY
Inspired by a chapter in Francois Rabelais’ 1653 epic novel Gargantua & Pantagruel wherein Pantagruel finds that the explosions, cries and other sounds generated from a battle that had occurred the year before have been frozen into discernable shapes – and that the sounds can be released upon the breaking or melting of the frozen forms.

It Will Die Out In The Mind
2006, video, 3:50 minutes
PART 2 of THE PARANORMAL TRILOGY
A short meditation on the possibility of spiritual existence and the paranormal in our information age. Texts are lifted from Andrei Tarkovsky’s film Stalker in which the Stalker’s daughter redeems his otherwise doomed spiritual journey. She offers him something more expansive and less explicable than logic or technology as the conceptual pillar of the human spirit.

The Magician’s House
2007, 16mm, 5:45 minutes
PART 3 of THE PARANORMAL TRILOGY
Sometimes the supernatural lingers plainly in the most ordinary places, secret only in so much as its trace goes unnoticed. Both a letter to a cancer stricken alchemist-filmmaker friend, and a quiet tribute to the vanishing art of celluloid, The Magician’s House is full of ghosts. Including that of Athanasius Kircher, inventor of the Magic Lantern or “Sorcerer’s Lamp”. The music, “La lutte des Mages” (The Struggle of the Magicians) was composed by Armenian mystic Georges Gurdjieff and Thomas De Hartmann. Gurdjieff thought man was a “transmitting station of forces.” To him, most people move around in a state of waking sleep, so he sought to provide aural conditions that would induce awareness.