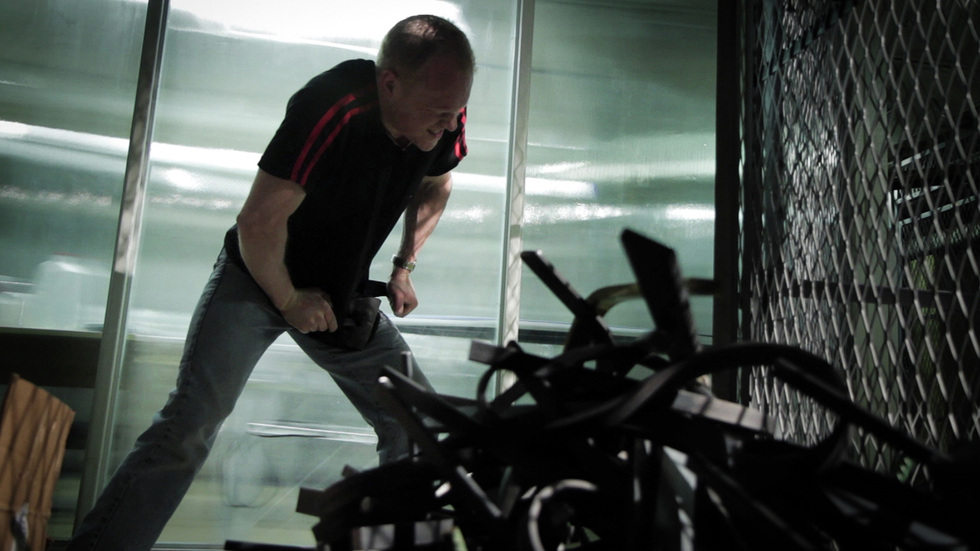 Bending Steel, a deeply moving and inspiring documentary from filmmakers Dave Carroll and Ryan Scafuro, explores the life of 43 year-old Chris Schoeck, a Queens, NY native who is training to become a professional Oldetime Strongman. The story follows Chris’ journey from his early days training in a small basement storage unit, to his very first performance on the big stage at New York’s historic Coney Island. Alongside his trainer Chris Rider, he meets living legends and heroes within the community–and for the first time ever–he gets a taste of acceptance, something that, since his early childhood, has always felt just out of reach. Suddenly Chris sees an opportunity to finally stand out, to make a name for himself, to find his place in life.

Dave Carroll (Director) works professionally as a writer, director and cinematographer. He is the founder of Suspect Films, a production company based in New York City. BENDING STEEL is Dave’s first departure from fiction and his feature length directorial debut.

Ryan Scafuro (Producer/DP) is an award winning producer and cinematographer and a graduate of Emerson College. He was director of photography for a group of social issue documentaries including “Just Married” (2004) and “Hidden Wounds” (2005) which won numerous Emmy and Edward R. Murrow awards. He currently resides in Brooklyn, NY. BENDING STEEL is his first feature length film.