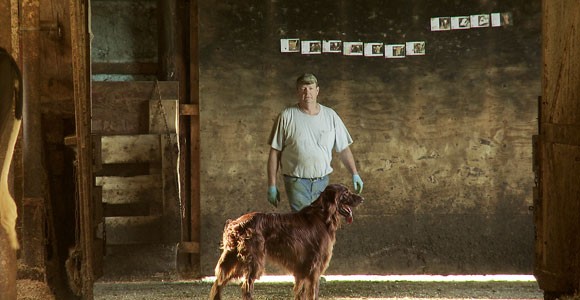 Synopsis: A group of Maine dairy farmers—dropped by their national milk company—launch their own milk company in a bid to save their farms. Owned by the farmers and committed to paying a sustainable price for their milk, the company offers hope for the future of small farming. But faced with slow sales and mounting bills, can the farmers hang together long enough for the gamble to pay off? BETTING THE FARM is a verité documentary that follows three farmers—Aaron Bell, Vaughn Chase, and Richard Lary—and their families through the tumultuous first two years of MOO Milk. With intimate access to their triumphs and disappointments, the film gives audiences a rare glimpse at the real lives of American farmers at a crossroads.

The screening of BETTING THE FARM will be preceded by FLYING, a short film from Boston based filmmaker, Eric Gulliver. This short is part of The Nonfiction Cartel,  a working collaborative whose purpose is to support, create and enhance short form, documentary media making in the New England area.