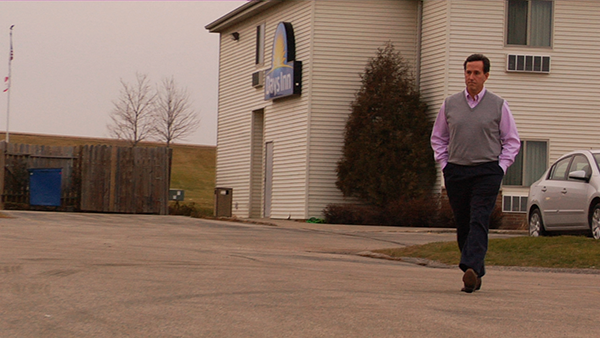 For the past 40 years, the race for the American Presidency has begun in the state of Iowa, where Presidential hopefuls spend months traveling the state’s 99 counties hoping to win its “first-in-the-nation” vote and prove themselves a viable candidate. In intimate, funny and sometimes emotional detail, CAUCUS tells the story of the 2011-2012 campaign in Iowa as eight Republicans fight to become their party’s standard-bearer and take on Barack Obama. But to win, each must first navigate state fairs, town hall meetings in pizza halls and agitated questions from the increasingly contentious GOP base. CAUCUS is a revealing look at the difficulty of running for office, particularly the Presidency, and features private, human moments of very public figures.

Filmmaker AJ Schnack will attend in person for Q&A moderated by Erin Trahan, film journalist and editor of The Independent.

AJ Schnack is an award-winning filmmaker and writer based in Los Angeles. Schnack is also founder and co-chair of the Cinema Eye Honors for Nonfiction Filmmaking, held annually in January.