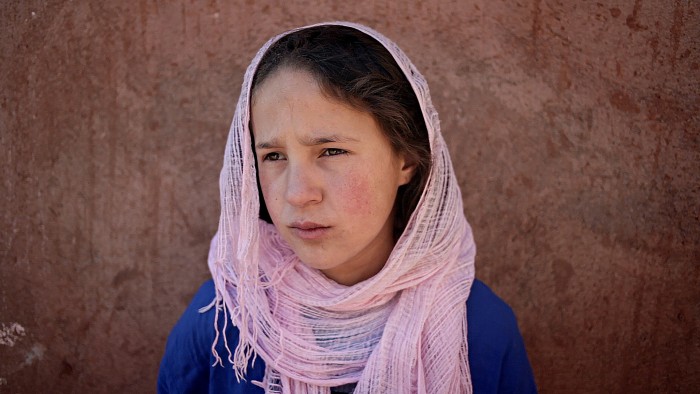 A special screening in honor of the 50th Anniversary of Documentary Educational Resources! The DocYard is pleased to partner with DER in presenting Tala Hadid’s HOUSE IN THE FIELDS, the Winner of the John Marshall Award at the 2017 Camden International Film Festival.

Filmmaker Tala Hadid will attend in person for discussion!

House in the Fields (Tigmi n Igren) is a film that examines the life of an isolated rural Amazigh community in the south-west region of the High Atlas Mountains.

The thousand-year history of the Amazigh in Morocco has been, for the most part, recounted, preserved and transmitted by bards and storytellers in oral form among Tamazight speaking pastoral communities. House in the Fields continues this tradition of transmission, in an audiovisual form, in an attempt to faithfully document and present a portrait of a village and community that has remained unchanged for hundreds of years despite being confronted with the rapidly changing sociopolitical realities of the country at large.

The film follows the lives’ of certain villagers, most specifically two teenage sisters, one who must give up school to prepare for her wedding, and the other who dreams of being a lawyer.

House in the Fields is the first part of a triptych set in Morocco, that starts in the Atlas Mountains, journeys through Casablanca and finishes beyond the borders.

Tala Hadid was born in 1974 in London as the daughter of a Moroccan-Iraqi couple. Hadid studied Visual Art and Philosophy at Brown University in Providence, Rhode Island. She then enrolled in the film graduate program at Columbia University in New York, where her graduation project was the film Tes Cheveux Noirs Ihsan, which received an Academy Award, and won the Panorama Best Short Film Award at the Berlin Film Festival. In addition to making films, Tala Hadid works as a photographer. She currently lives in Marrakech, Morocco.

Screens with:
A GROUP OF WOMEN
John Marshall | 1961 | 6 minutes
Ju/’hoan women often share an intimate sociability and spend many hours together discussing their lives, enjoying each other’s company and children. In this short film, Ju/’hoan women rest, talk and nurse their babies while lying in the shade of a baobab tree. This film is a good illustration of “collective mothering” in which several women support each other and share the nurturing role.