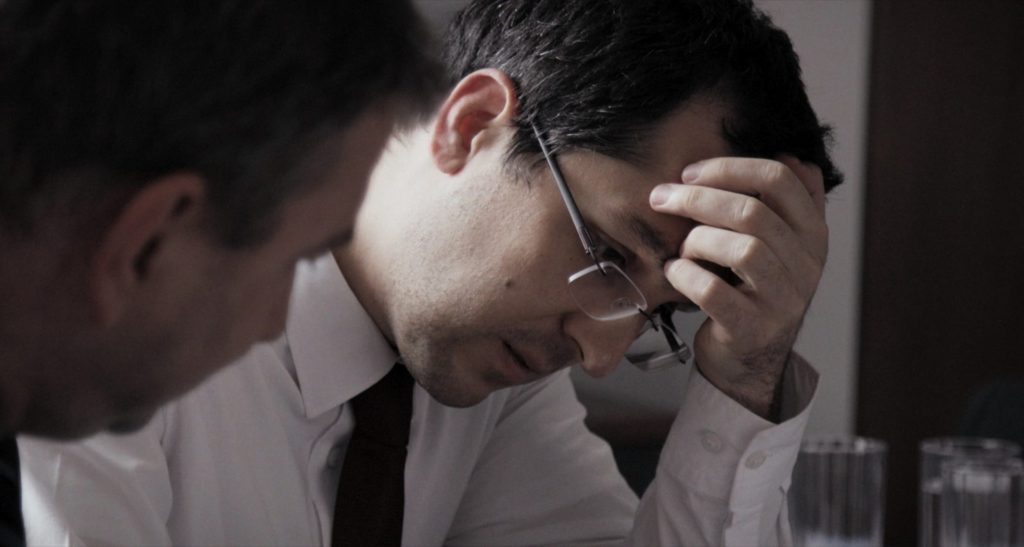 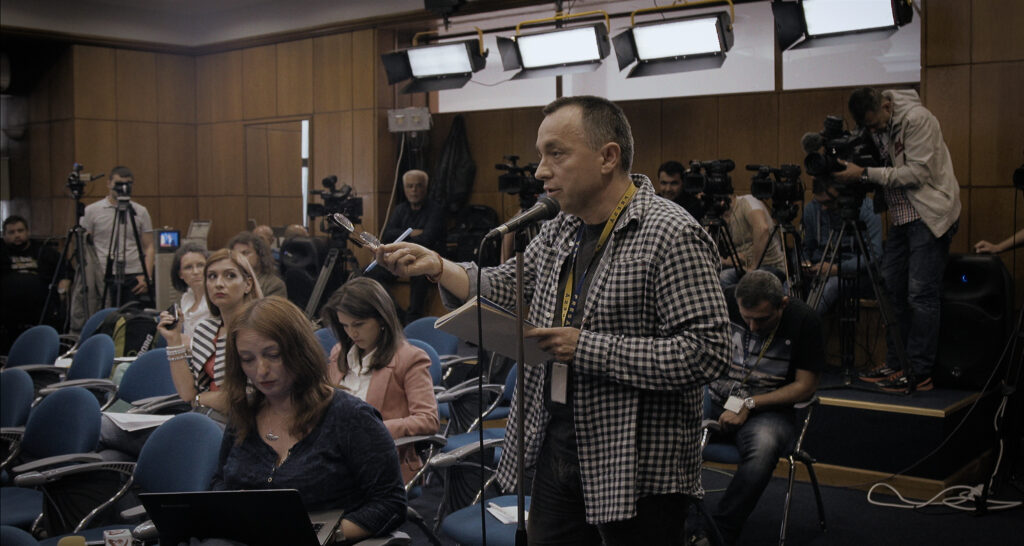 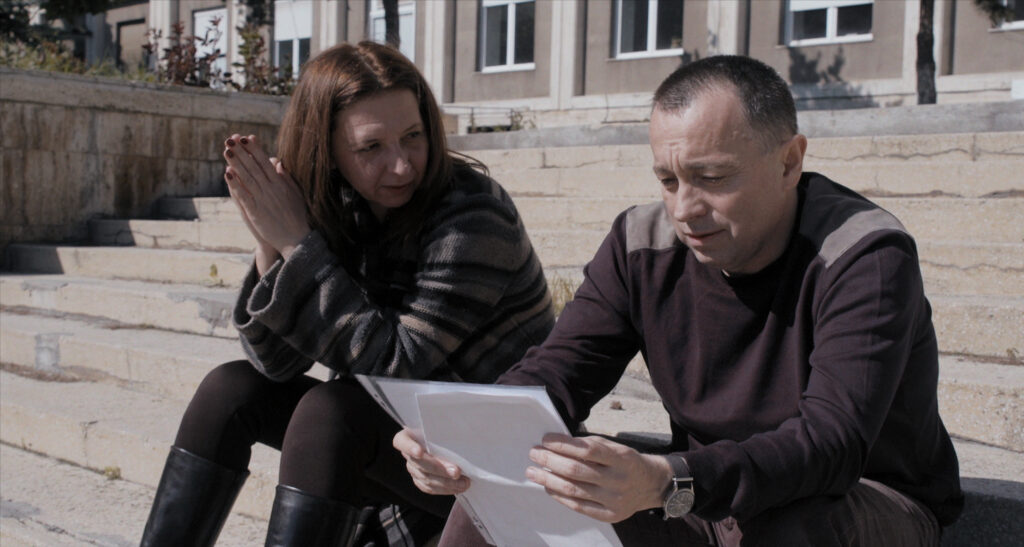 A masterpiece of an investigation with an unfailing commitment to transparency, Collective opens with cellphone footage of the deadly Colectiv nightclub fire in Bucharest. After this brief prologue, however, the film jumps forward in time to after Romania’s prime minister resigned as a result of the fallout, taking as its subject a subsequent scandal about the shocking mortality rates of victims after they reached hospitals with non-life-threatening injuries. Embedding with a large cast of reporters, whistleblowers, and politicians, director Alexander Nanau follows his captivating previous feature, Toto and His Sisters (DocYard Fall ‘15) by expanding his clear-eyed examinations of social issues with consummate control over complex narratives. Filmed over a year, Nanau and his collaborators spent another 18 months shaping a tour de force edit.

Collective never compromises on clarity while hurtling through many dramatic developments with amped tension: the dogged determination of reporters chasing the economic corruption at the heart of this medical fraud, the complicated political maneuvers necessary in enacting reform, and the resilience of the human body and spirit in overcoming trauma. Collective features individuals who are able to draw upon a deeply moral center in the middle of a society and political system that rewards nationalism and xenophobia. But it’s not possible to fall into a trap of admiring Collective merely as an inspiring vérité story. The film never relinquishes its rigorous grasp on reality, implicating us all through making clear the oppressive power of systems to embolden the rapacious and enable the rise of criminal political parties across the world. Besides continuing to shoot and edit his own films, Nanau’s incredible care in cultivating contacts, securing access, and conducting a meticulous investigation of his own in pursuit of the truth makes his case as one of the essential nonfiction filmmakers working today. (AS)

“Doesn’t just open your eyes but tears you apart by exposing a moral rift with resonance far beyond the film’s home country.” Jay Weissberg, Variety

“In its narrative tautness, this documentary can hold its own alongside the best of Romania’s contemporary fiction.” Jonathan Romney, Screen International 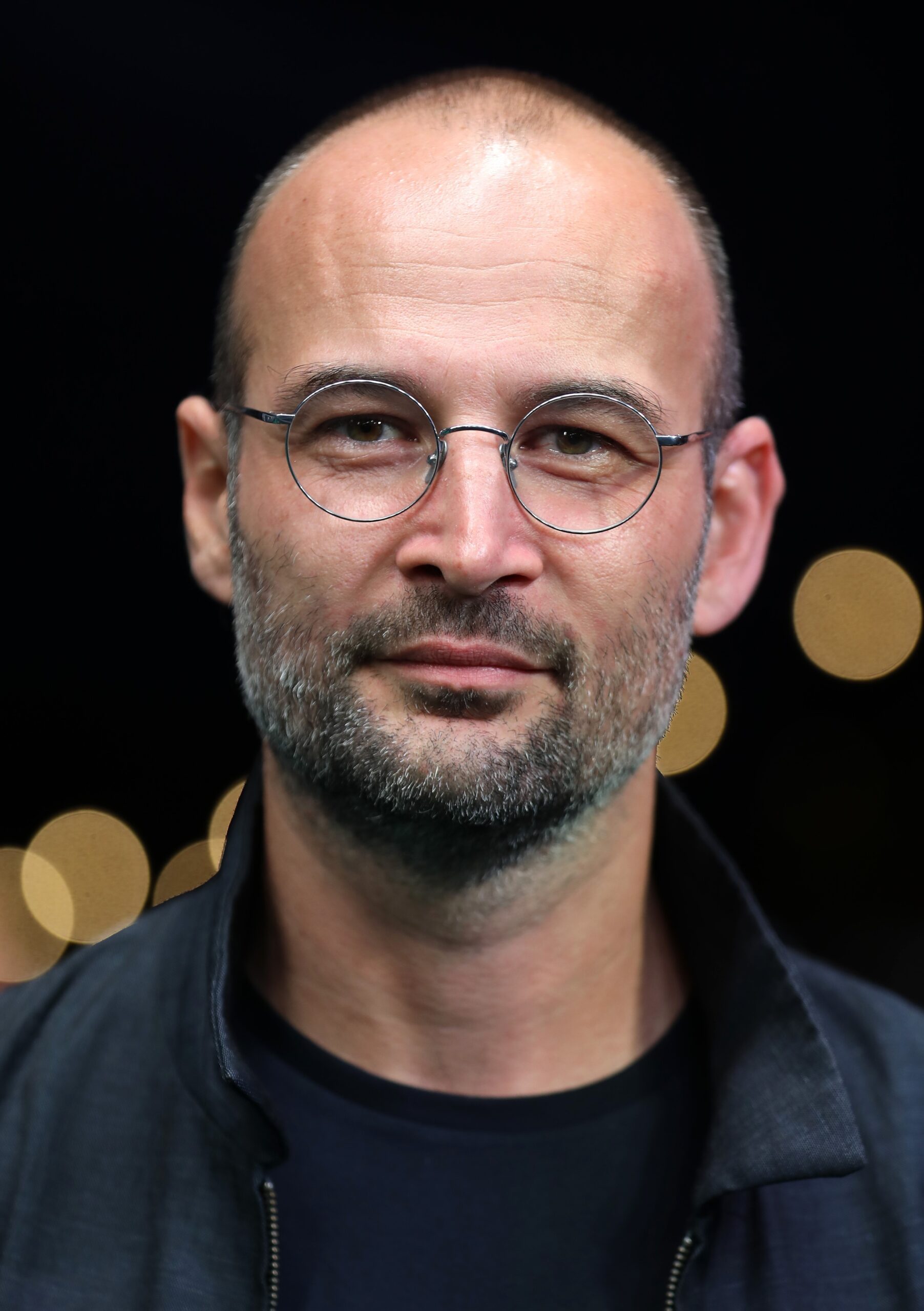 Alexander Nanau is a German-Romanian filmmaker. His documentary film, THE WORLD ACCORDING TO ION B, was awarded an International Emmy Award in 2010. His feature documentary film TOTO AND HIS SISTERS was a European Academy Award nominee 2015. The film had a wide international distribution and played successfully in festivals worldwide. Alexander served as Director […] Read More