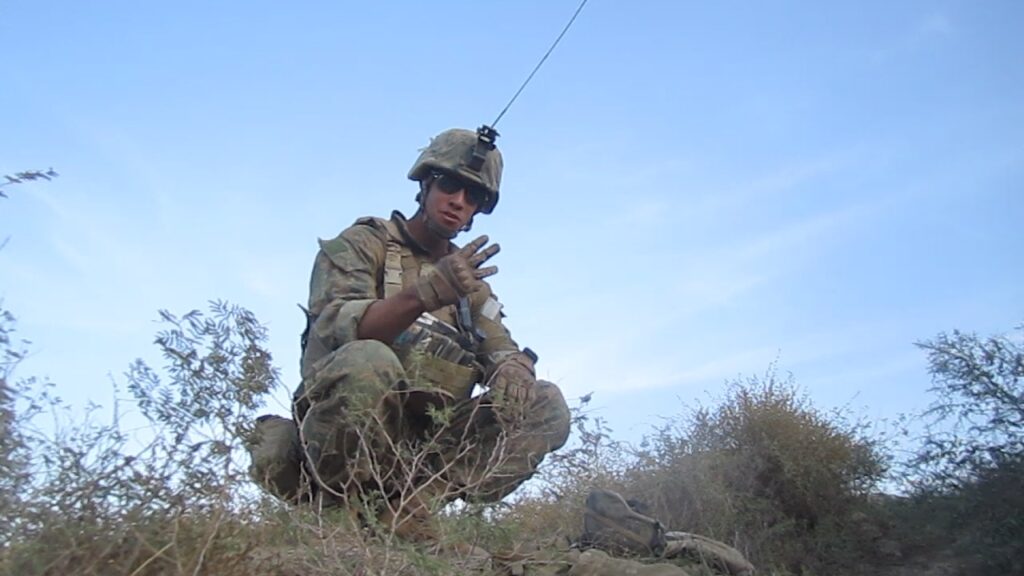 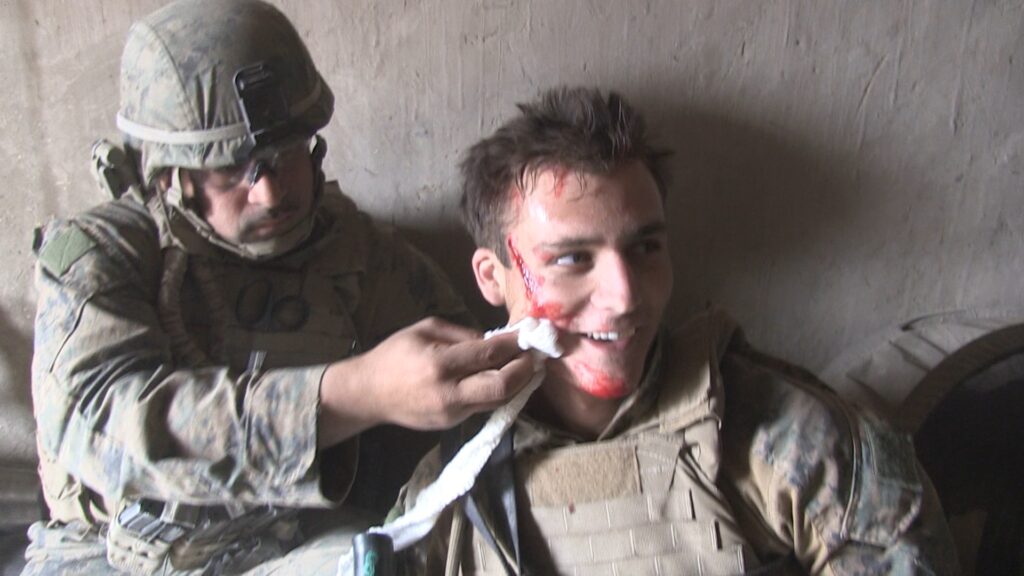 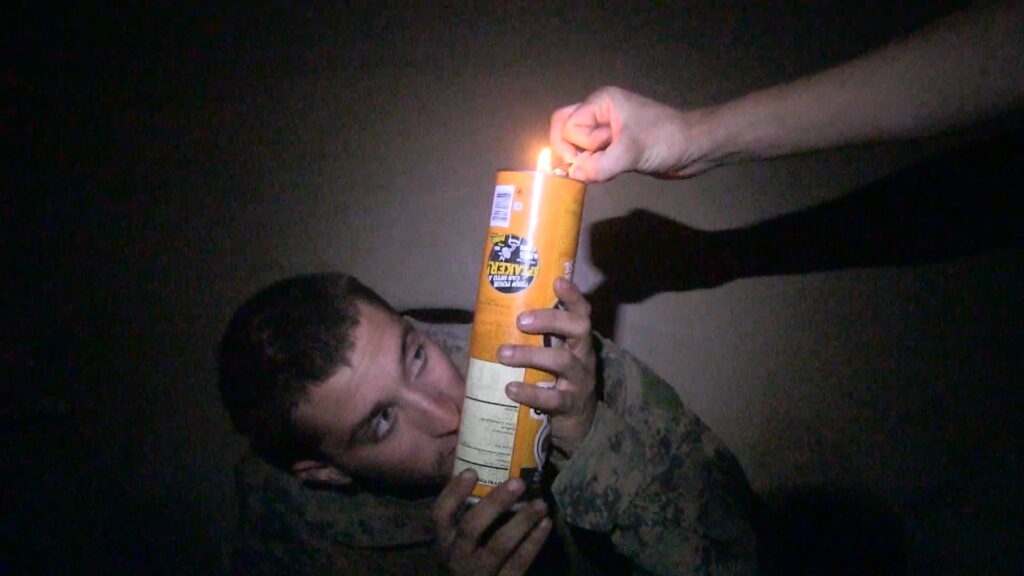 Just out of high school, at the age of 18, Miles Lagoze enlisted in the Marine Corps. He was deployed to Afghanistan where he served as Combat Camera — his unit’s official videographer, tasked with shooting and editing footage for the Corps’ recruiting purposes and historical initiatives. But upon discharging, Lagoze took all the footage he and his fellow cameramen shot, and he assembled quite simply the very documentary the Corps does not want you to see. COMBAT OBSCURA is a groundbreaking look at daily life in a war zone as told by the Marines themselves. More than a mere compilation of violence, the edit ingeniously repurposes the original footage to reveal the intensity and paradoxes of an ambiguous war from an unvarnished perspective.

“I came from a liberal background but decided to enlist in the Marines when I was 18 as a Combat Cameraman for reasons I still don’t fully understand. I had always loved movies growing up, particularly the work of Stanley Kubrick, so part of me wanted to go to war while still having the alibi of being a neutral cameraman. As I soon realized though, the camera affects those it films and their actions, as well as the camera operator’s, in more ways than can be imagined.While deployed, I filmed the war as a propaganda tool for the Marine Corps, showcasing different aspects of the military in the wholesome and sanitized manner that was approved by the Marines’ public affairs apparatus. I couldn’t show anyone cursing or smoking cigarettes during a firefight, and casualties were often forbidden from being exposed. As I was editing the events around me to fit the Marine Corps’ message, I was also filming the harsh realities of the deployment, and providing an outlet for the young grunts I was attached with to express themselves in a way that their wives and families back home may not have understood, but that made perfect sense to them during deployment. When I got discharged from the military I kept all the footage that was never released, mostly because I hadn’t gotten over the experience and wanted the memories to stay fresh, but also because I knew the rawness of what I had captured was important. The film is composed of the footage I kept, and although it doesn’t encapsulate the war experience in its entirety (no film can), I want to show people a side of the conflict and our troops that isn’t normally seen, in a way that they aren’t accustomed to seeing it. Having worked on it for almost three years after getting out of the Marines, I hope to inspire a fresh dialogue about the war that is centered around honesty, rather than catered to one side of the political spectrum or the other.” —Miles Lagoze

“The beauty of the film is its realness. All the footage is taken directly from his camera. Lagoze went on to compile all the events he felt were representative of his experience. He shows the gun fights, the cursing, the shouting, the laughter, the fear and the hostility of the men in the war. Nothing is withheld.” – Jessica Duffield, Vox Magazine

Miles Lagoze is a NY-based filmmaker interested in upending traditional war narratives and representations in American cinema. Obsessed with the film Full Metal Jacket while growing up, he enlisted as a Combat Camera in the Marines when he was 18 and deployed to Afghanistan in 2011. After getting out of the military he began working […] Read More

Screens with: That Hotdog Makes A Statement

That Hotdog Makes A Statement Details

Meet Dave Hebb, a long-time commercial archaeologist who, since 2012, has been combing Greater Boston neighborhoods in search of a specific family of sign made by a company called Signtronix™. But as cities like Boston continue to expand and change, these signs and their small businesses are increasingly threatened. Follow Dave as he ignites in us a newfound curiosity and perspective of the familiar and unknown.