Did You Wonder Who Fired The Gun? 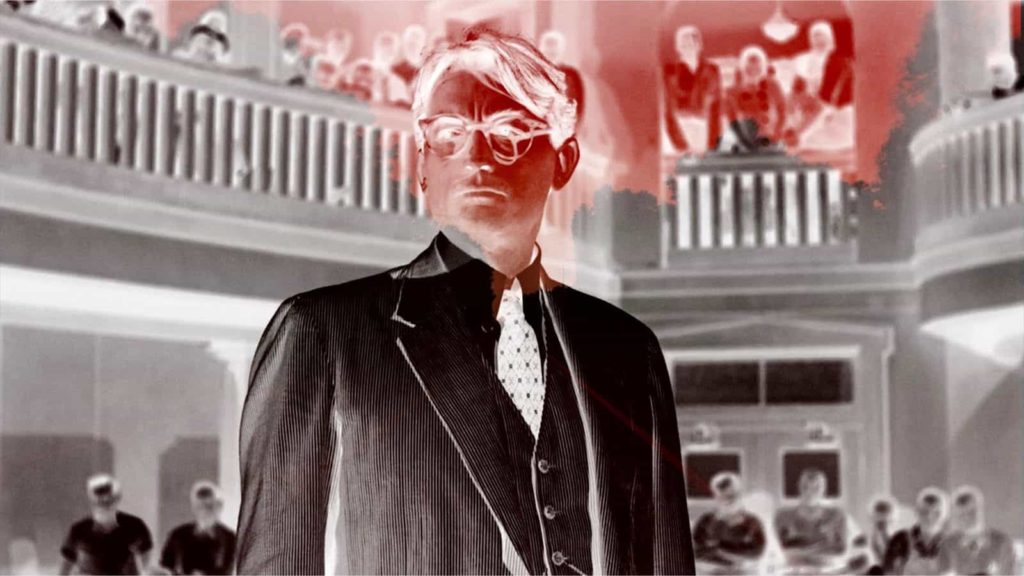 Alabama, 1946. S.E. Branch, the filmmaker’s great-grandfather, murdered Bill Spann, a black man. The murder has become hidden family lore and when Wilkerson sets out to unravel the mystery, he encounters obstacle upon obstacle, destroyed records and everyone refusing to talk. He’s accused of bringing shame upon the family, shaking up old trouble nobody wants. The ghosts are real in Alabama. This isn’t a White Savior story. It’s a White Nightmare story. “Formally audacious and emotionally powerful: a meditation on conscience and responsibility, in the context of a documentary on race in the American South, as well as a highly personal exhumation of family secrets that may include a double murder. Travis Wilkerson begins with a scene from To Kill a Mockingbird, and introduces a “secular saint,” Atticus Finch, but reminds us that Harper Lee’s story was fiction, “whereas mine is true.” He continues: “In 1946, my great-grandfather murdered a black man named Bill Spann and got away with it.” His movie is a detective story with important roles played by the filmmaker’s aunt (a Southern secessionist), by a 31-year-old local activist named Rosa Parks, by the rap song “Hell You Talmbout” by Janelle Monáe, and by the still-resonant words of a Phil Ochs song that memorializes white activist William Moore.” – Film Forum
“It’s hard not to experience Did You Wonder Who Fired the Gun? and not get shivers up your spine — from fear, from anger, and from the beauty of Wilkerson’s filmmaking.”— Bilge Ebiri, The Village Voice https://vimeo.com/237117565 “One of the strongest works at a chilling Sundance Film Festival. Wilkerson doesn’t offer an answer. But raising the question — at this moment when families are torn apart by what they believe America is and should be — is more than enough.” — Amy Taubin, Artforum Director’s Statement:
It’s a strange sensation when my work is included in significant forums. I make very modest films. I really regard myself as nearer to an amateur filmmaker. As such, as the origins of the word suggest, I’m offering a version of my love to the films I make. I’m also offering the second most sacred thing we can offer: my labor. This time I offered my love and my labor to a film that I wished somehow to be corrective. A film about the worst of my family. I didn’t do this simply to be provocative or masochistic even, but rather because the only thing I believed I might be able to offer the Spann family, and to the community in which he lived, whether intact or destroyed – the sincerest acknowledgment I could that what SE Branch did was wrong, part of a long history of abusive behavior towards those in positions of lesser power than he. In Alabama, in the 1940’s, this meant he directed his abuse and violence against black people first and foremost, but also against women of all races. I discovered how deeply interconnected these specific forms of oppression were. It seems to me pretty clear that if you can’t take meaningful account of oppression if you can’t name and confront it; if you can’t make your position on it clear, you allow it to go on. This is as true for a country as it is for a family. I’ve long believed that US society hasn’t been honest about itself, its abuses, its militarism. And I’m also convinced the present moment we find ourselves in is a result of that failure. But everything begins in the family. And so I tried to deal with mine. About the Director:

TRAVIS WILKERSON (Director/Producer) – A chance meeting in Havana with legendary Cuban film propagandist Santiago Alvarez changed the course of Travis Wilkerson’s life. He now makes films in the tradition of the “third cinema,” wedding politics to form in an indivisible manner. In 2015, Sight & Sound called Wilkerson “the political conscience of American cinema.” His films have screened at scores of venues and festivals worldwide, including Sundance, Toronto, Locarno, Rotterdam, Vienna, Yamagata, the FID Marseille and the Musée du Louvre. His best-known work is an agit-prop essay on the lynching of Wobbly Frank Little called “An Injury to One,” named one of the best avant-garde films of the decade by Film Comment. His most recent fiction feature, “Machine Gun or Typewriter?” premiered at Locarno 2015 and was awarded Best International Feature at DokuFest (Kosovo). It has since screened worldwide and was recognized as one the finest films of the year on numerous lists including La Furia Umana and DesistFilm. His writings on film have appeared in Cineaste, Kino!, and Senses of Cinema. He has taught filmmaking at the University of Colorado and Film Directing at CalArts, and was the inaugural Visiting Fellow of Media Praxis in the Pomona College Media Guild. Presently, he is a Visiting Assistant Professor of Film at Vassar College. He is also the founding Editor of Now: A Journal of Urgent Praxis. Screens with:

BLACK 14
Darius Clark Monroe
2018 | 15 minutes
Black 14 is an archival social study examining white pathology and cognitive dissonance via media coverage of a 1969 racial protest at the University of Wyoming.