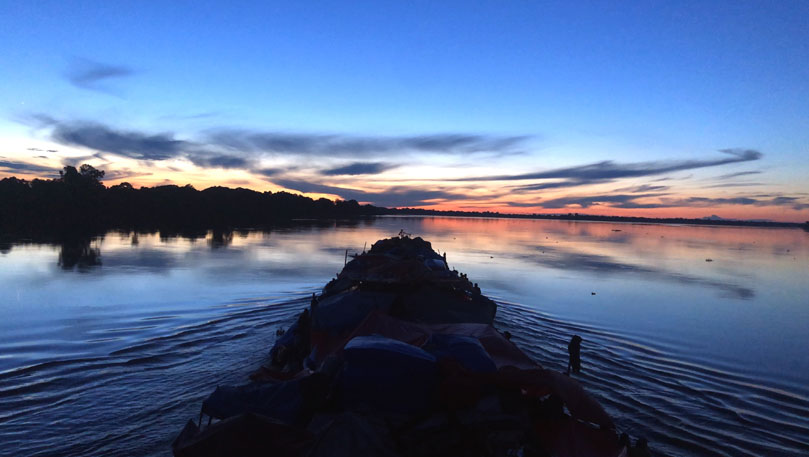 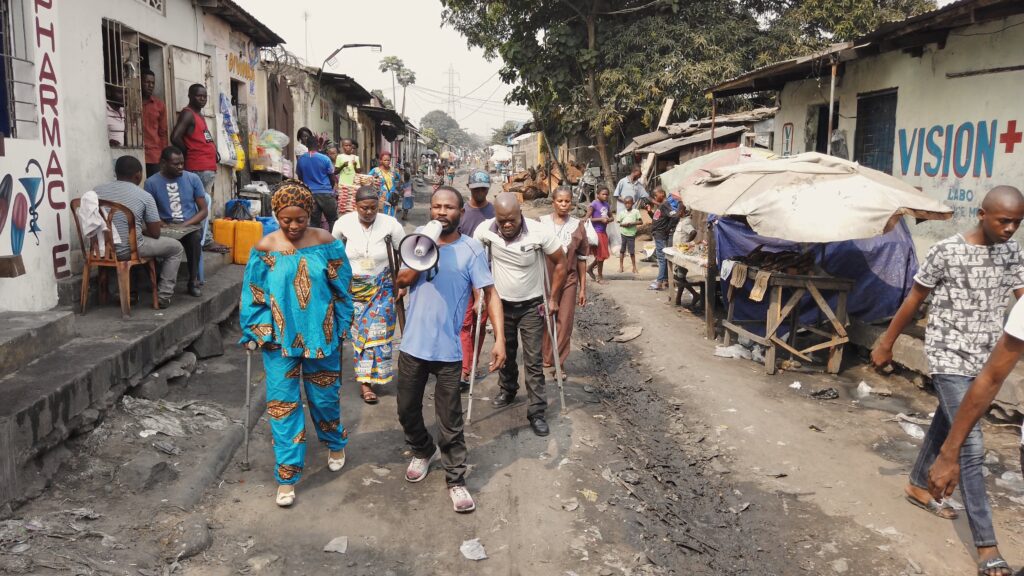 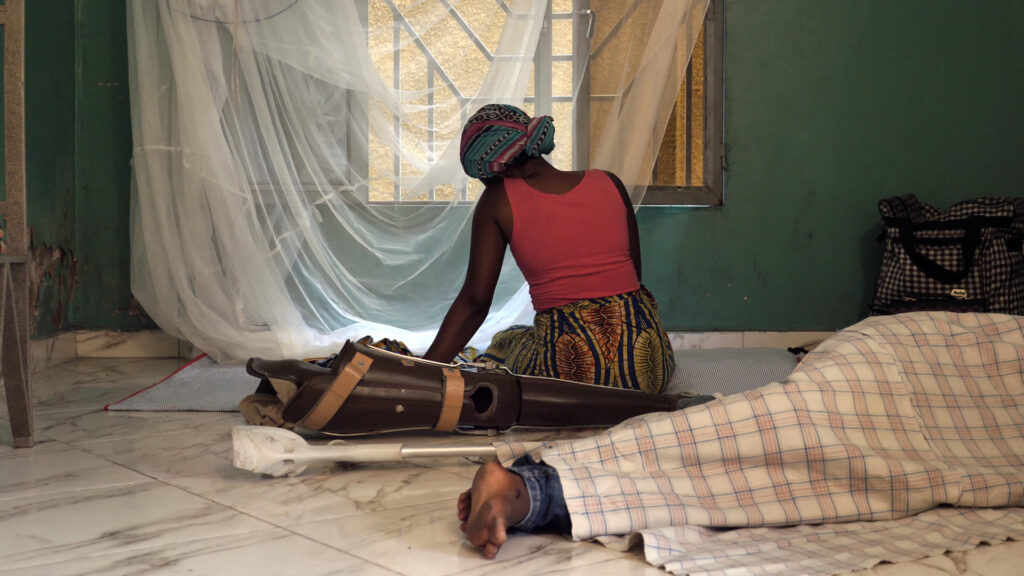 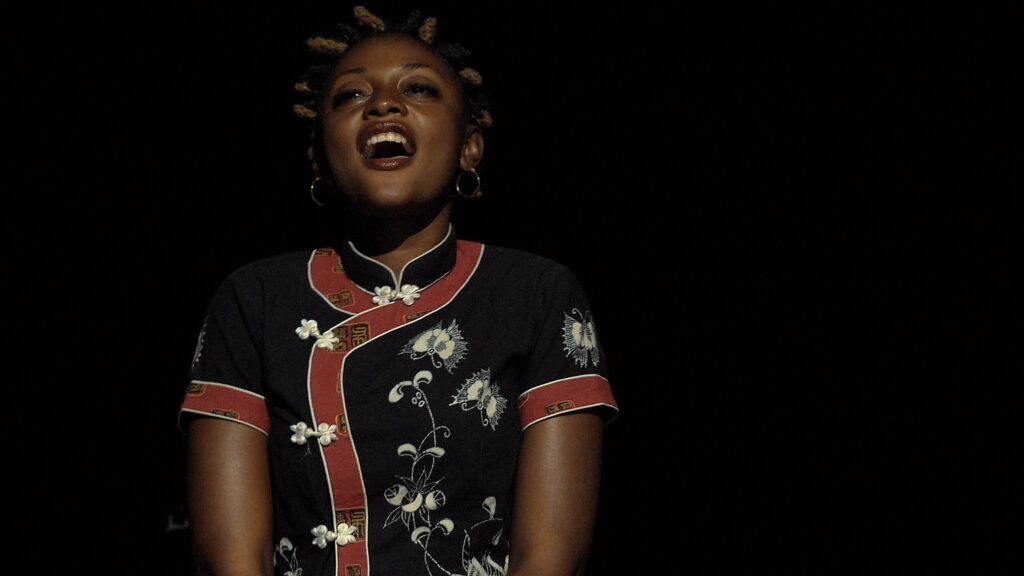 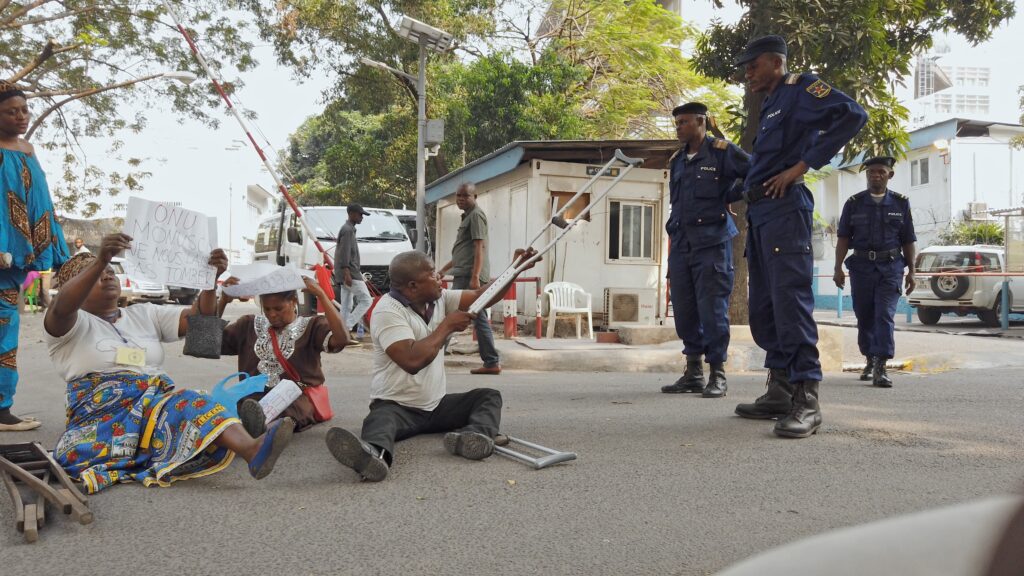 The tour de force Downstream to Kinshasa is the latest feature film from the foremost verité chronicler of modern Congo, Dieudo Hamadi. Here, he is following a group of survivors of the Six-Day War in and around Kisangani (the director’s own hometown, though he wasn’t physically injured during the conflict) in 2000, which killed and wounded thousands of civilians. After decades of agitating for promised monetary reparations that never come, a group of survivors who have suffered limb-loss decide to go to the capitol to demand restitution in person. As in his previous films, Hamadi records all the image and sound himself, bringing a kinetic, personable energy to every interaction along with impeccable coverage and intimate access. Between scenes of the barge trip downstream to Kinshasa, Hamadi weaves participatory theatrical performances into an inquiry into what acknowledgement and true healing might look. These black box monologues, which are rehearsed and then performed in a play-within-the-film, establish a steely, uncompromising, but generous gaze on the presence of the survivors. Recalling landmark documentaries like Vital Signs (David Mitchell & Sharon Snyder) and Goodbye CP (Hara Kazuo) that feature the performance art protests of disability rights activists, this film similarly engages with an uncaring public, aid workers, and bureaucrats to demand a reckoning. The film isn’t falsely hopeful, but neither is it crushing in pessimistic realism. The sense of being seen drives this deeply humanistic, unforgettable film. (AS)

Thanks to Icarus Films for making this special sneak preview possible!

“A film few have yet seen in theaters, to our considerable detriment, Dieudo Hamadi’s Downstream to Kinshasa offers a conveyance experience that’s as intense, urgent, and shocking as any I can recall seeing.” – Eric Hynes, Reverse Shot 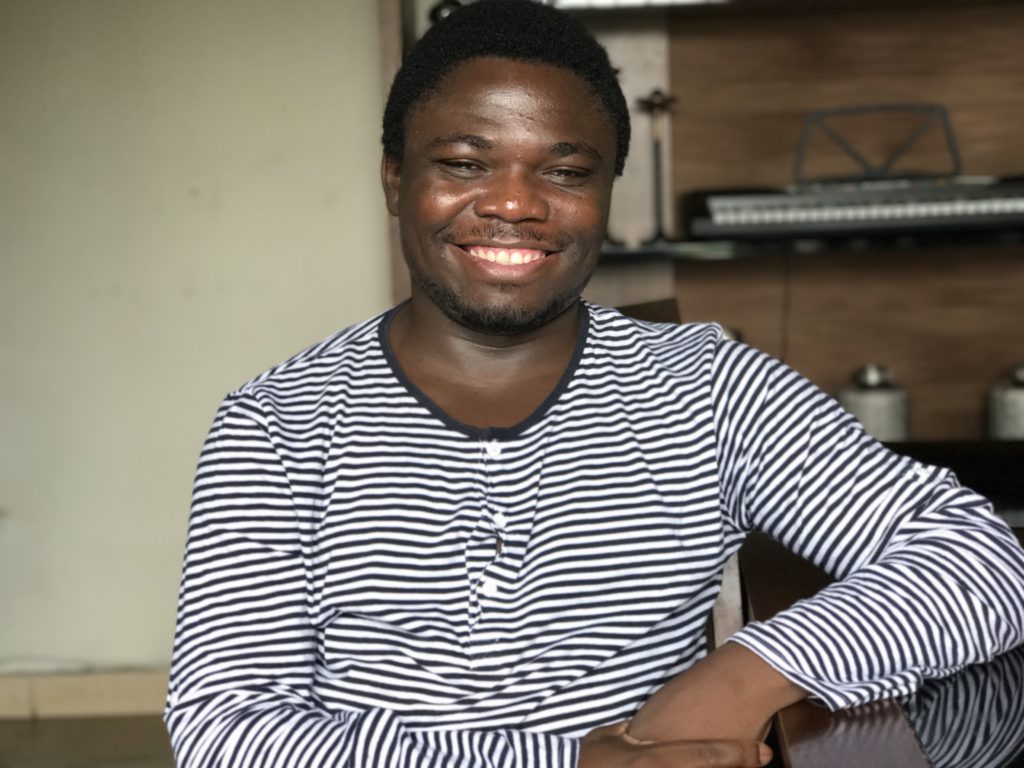 Dieudo Hamadi was born in Kisangani, Democratic Republic of Congo. He studied medicine for three years before moving into filmmaking. He has since directed the documentary short Ladies in Waiting (10), the documentary feature Atalaku (13), and the Festival selection National Diploma (14). Downstream to Kinshasa (20) is his latest film. Read More