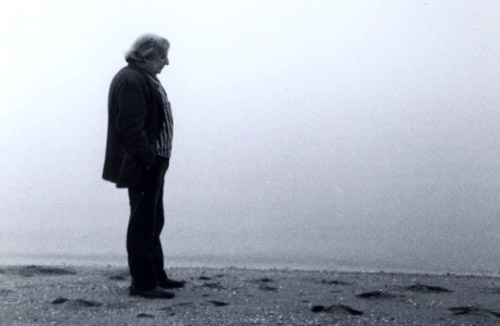 A distinguished poet, translator, critic and teacher, Edwin Honig wrote dozens of books and poems that attracted critical praise around the world. His seminal translations awakened English-speaking readers to previously overlooked literary giants, resulting in honorary knighthoods from the king of Spain and the president of Portugal.

In FIRST COUSIN ONCE REMOVED, acclaimed documentary filmmaker Alan Berliner paints a deeply personal portrait of his “good friend, cousin and mentor” as Honig journeys through the ravages of Alzheimer’s disease and memory loss. A stark reminder of the profound role memory plays in everyone’s life, this is a moving essay on the fragility of being human.

Filmmaker Alan Berliner will attend in person for Q&A moderated by Erin Trahan, film journalist and editor of The Independent.

Alan Berliner’s uncanny ability to combine experimental cinema, artistic purpose, and popular appeal in compelling film essays has made him one of America’s most acclaimed independent filmmakers. Recipient of three Emmy Awards, Berliner has had retrospectives of his films staged at both the Museum of Modern Art and the International Center of Photography in New York. In addition to his work in film, Berliner has also produced a large body of audio/video installation work. A native New Yorker, Berliner is currently a faculty member at the New School for Social Research.