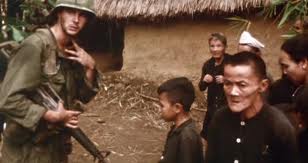 A courageous and startling film, Peter Davis’s landmark documentary Hearts and Minds unflinchingly confronts the United States’ involvement in Vietnam. Using a wealth of sources—from interviews to newsreels to documentary footage of the conflict at home and abroad—Davis constructs a powerfully affecting portrait of the disastrous effects of war. Explosive, persuasive, and shocking, Hearts and Minds is an overwhelming emotional experience and the controversial winner of the 1974 Academy Award for Best Documentary.

Filmmaker Peter Davis will attend in person for Q&A moderated by Erin Trahan, film journalist and editor of The Independent.