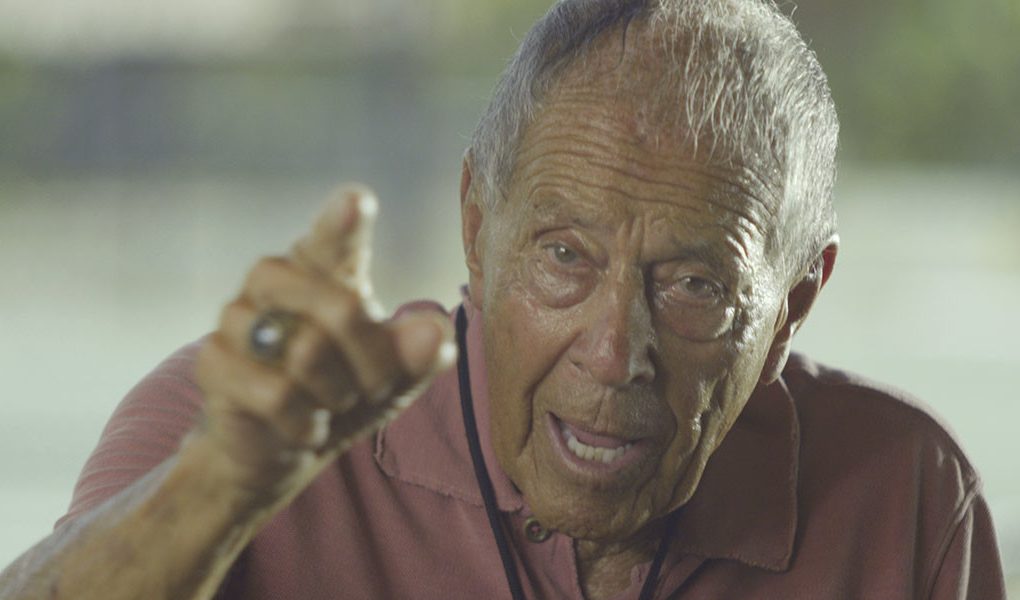 Date: Monday, April 23, 2018 Time: 7pm Location: Brattle Theatre, Cambridge, MA Director: Jason Kohn Film Details: 1 hour 29 minutes, 2017, USA, color, English Tickets | Facebook Event Filmmaker Jason Kohn will attend in person for discussion with Chico Colvard, filmmaker and Assistant Professor at Massachusetts College of Art and Design. https://www.youtube.com/watch?v=JlBGSF-svVA About the Film: Infamous and influential tennis coach Nick Bollettieri has trained generations of champions, but that greatness comes at a personal price, in the second film from provocative director Jason Kohn. Nick Bollettieri ran America’s most famous tennis academy, producing multiple champions — including several who would become fierce rivals. Was Bollettieri a genius or a tyrant, a father figure or a huckster? There are no simple answers. He’s been interviewed countless times -— always quick on his feet and ready for anything coming at him. But he meets his match with this documentarian. Jason Kohn’s 2007 debut MANDA BALA (SEND A BULLET) won the Sundance Grand Jury Prize and established him as a skilled visual storyteller drawn to colorful characters. Now, 10 years later, his second film proves worth the wait as he delivers a complex and humorous exploration of the highs and lows of Bollettieri’s epic career. Built into the narrative of Love Means Zero are several of the gripping tennis matches that proved to be key turning points when Bollettieri’s loyalties shifted between his pupils. Jim Courier, Andre Agassi, and Boris Becker figure prominently in this tale. We also hear from former students-turned-champions Kathleen Horvath and Carling Bassett. Bollettieri, now in his eighties, is notoriously unsentimental, given to quips like “If you ask me right now to give you the names of my eight wives, I couldn’t do it.” But Kohn has a good-natured way of probing deeper to unwind this tale of ego, money, and competition to find the human core. About the Director: Jason Kohn (Director / Producer) was born and raised on Long Island and graduated from Brandeis. He spent two years studying under Errol Morris before making his first documentary, Manda Bala (Send a Bullet) (2007). That film portrayed the class system in Brazil through three character portraits and won Sundance’s Grand Jury Prize for Documentary along with three Cinema Eye Honors awards. Screens with: HOW TO MAKE A TENNIS BALL Benedict Redgrove | 2015 | 3.5 minutes

“I was commissioned to make a film and shoot a set of images by ESPN for Wilson, to show the manufacturing process of their tennis balls for the US Open. We flew to the factory, shot the film and stills in one day then flew home. Its an amazingly complex manufacture, requiring 24 different processes to make the final ball. It was hot, loud and the people who worked there, worked fast. So much beauty in each stage. I love the mechanics of how things are made, it fills me with great pleasure. I hope you enjoy the film.” -BR