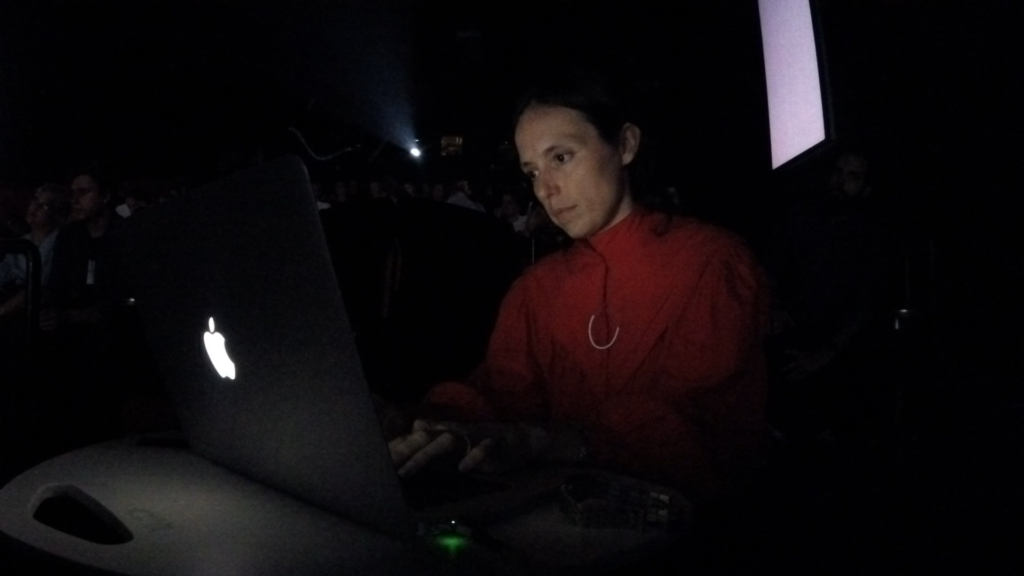 A lot has been written about how Zia Anger’s brilliant live cinema performance upends tenets about the meritocracy and gatekeeping apparatuses of independent film—everything from arcane IMDb policies, misogynistic pitch meetings, the false promise of crowdfunding first feature films and the product commercialization of art—but less lauded are Anger’s formal and emotive innovations in the language of desktop and personal documentaries. Following a loose script but adapted to every audience and situation, My First Film invites audience participation in consequential ways in the supposedly sacrosanct space of the black box theater. Anger sits in the front row and types on her laptop, live, while a mirror of her screen is projected. Besides the live text-based narration, she juggles multiple split screens, every action considered and folded upon itself. The performance starts with a tour of Anger’s recent artistic work, much of it ephemeral, saved and shared with audiences only through backdoor means. But soon, she settles into a sideways behind-the-scenes glimpse at her “first film,” a feature that she finished but that was never accepted into any film festivals.

The undeniable power of the performance and of the film-within-a-film format draws from Anger’s background working with nonprofessional actors, following the blueprint of young emerging filmmakers exploiting their loved ones to make a film through donated labor. There’s pregnancy, abortion, birth, family, suspiciously older boyfriends, and drugs—the drama tempered with knowing, gentle humor without losing its critical regard. A recent spate of docudramas and hybrid projects have revitalized the merging of the personal and political in nonfiction film, but its entwining in Anger’s project is especially edifying as it illuminates how progressive values and systemic control work in opposition.

After a brief fall tour across the US, My First Film is finally traveling to the greater Boston area. It’s not to be missed. (AS)

“In the show, Anger confronts one of the principal frustrations of independent filmmaking: the creation of a film that fails to get any release at all… in My First Film, she does something about it—and, in the process, creates an altogether new and daring work of art.” Richard Brody, New Yorker

“A reclamation of a ‘failed’ work and a rebuke of the independent film industry’s standards for success, My First Film plies the formal limits of a theatrical experience.” Sarah Salovaara, Filmmaker Magazine

Filmmaker Zia Anger will attend in person for a post-performance Q&A with filmmaker Jessica Bardsley. 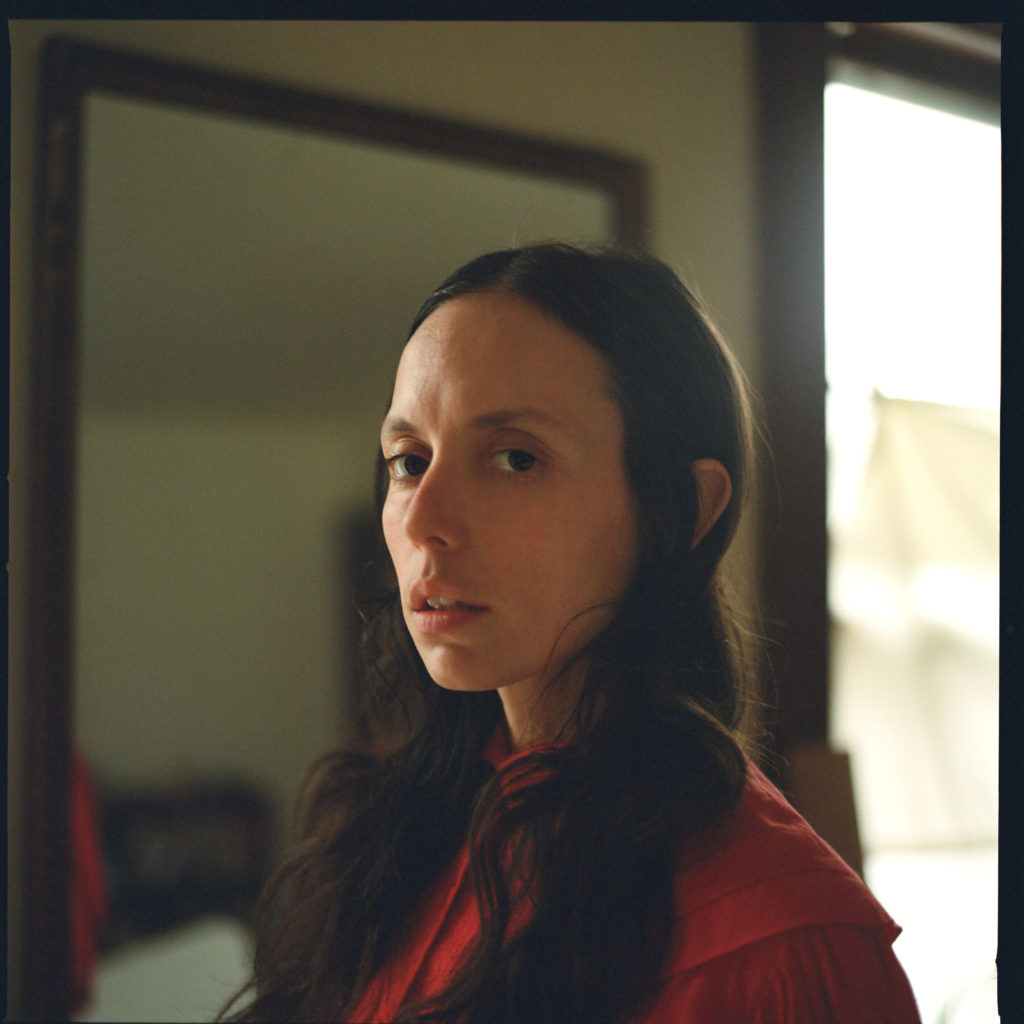 Zia Anger works in moving images. In 2018 she began touring a new solo performance that traces the last ten-years of her lost and abandoned work, titled MY FIRST FILM. The performance was named by The New Yorker as one of the “Sixty-two Films That Shaped the Art of Documentary Filmmaking.” Her most recent short […] Read More