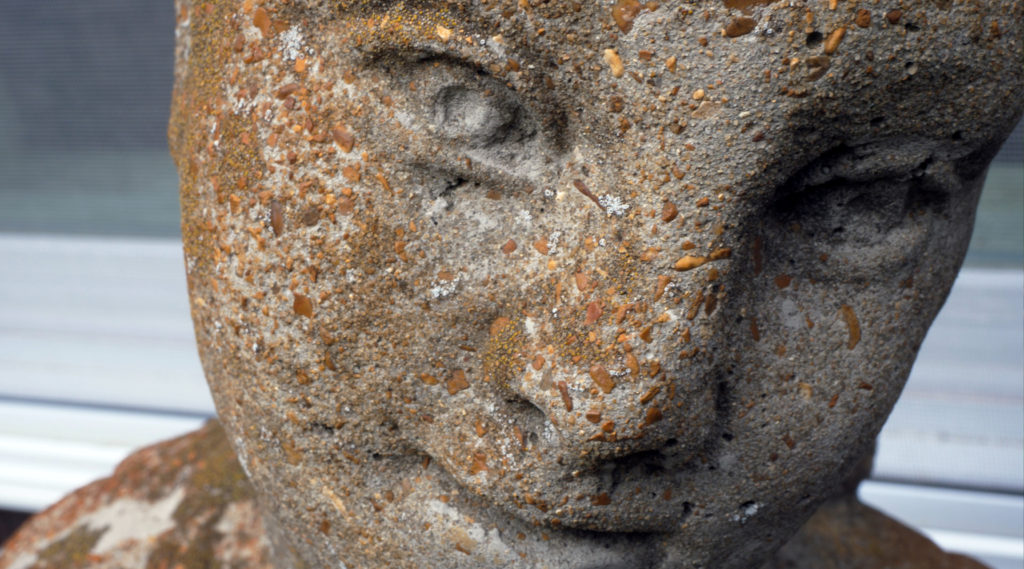 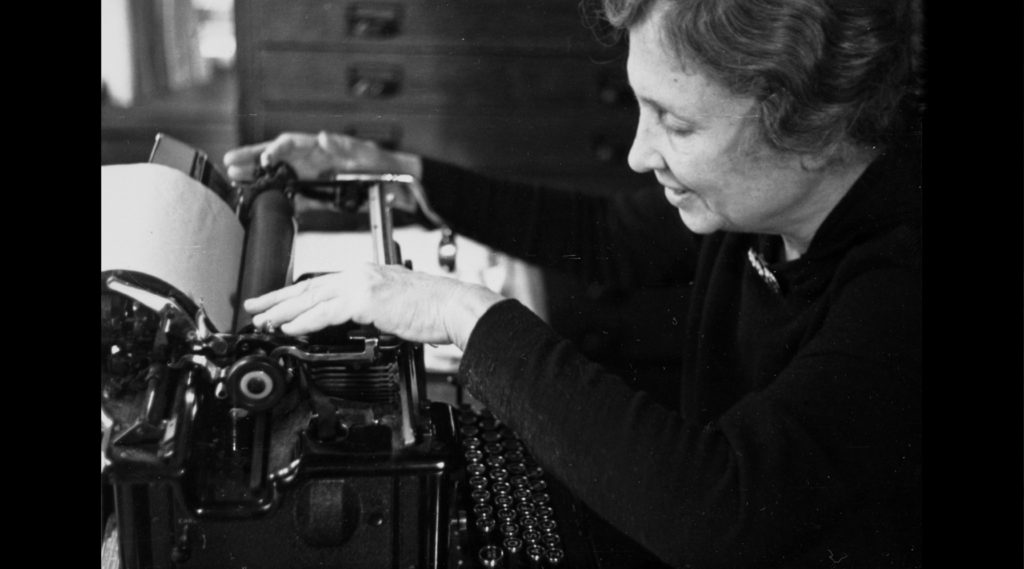 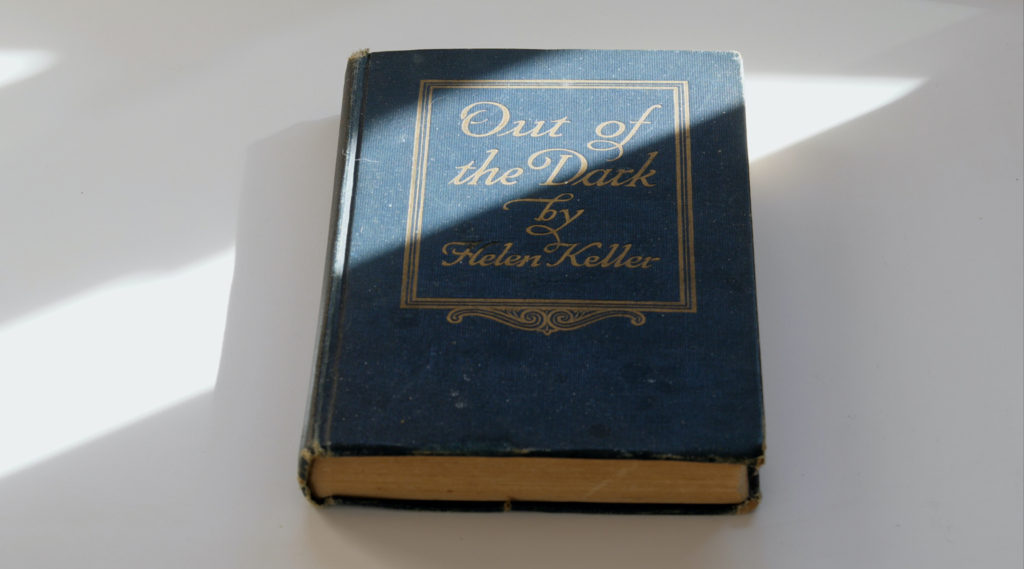 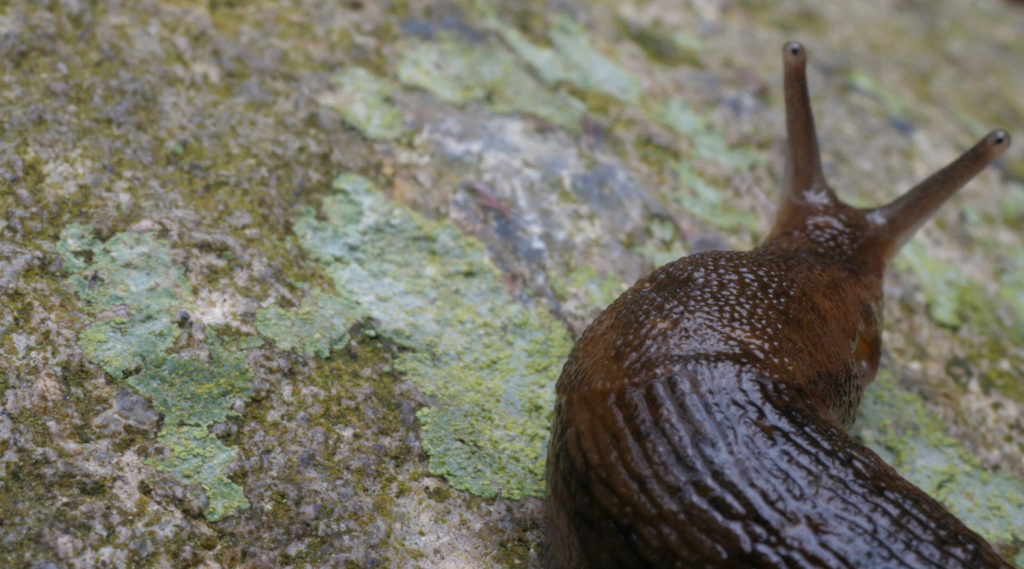 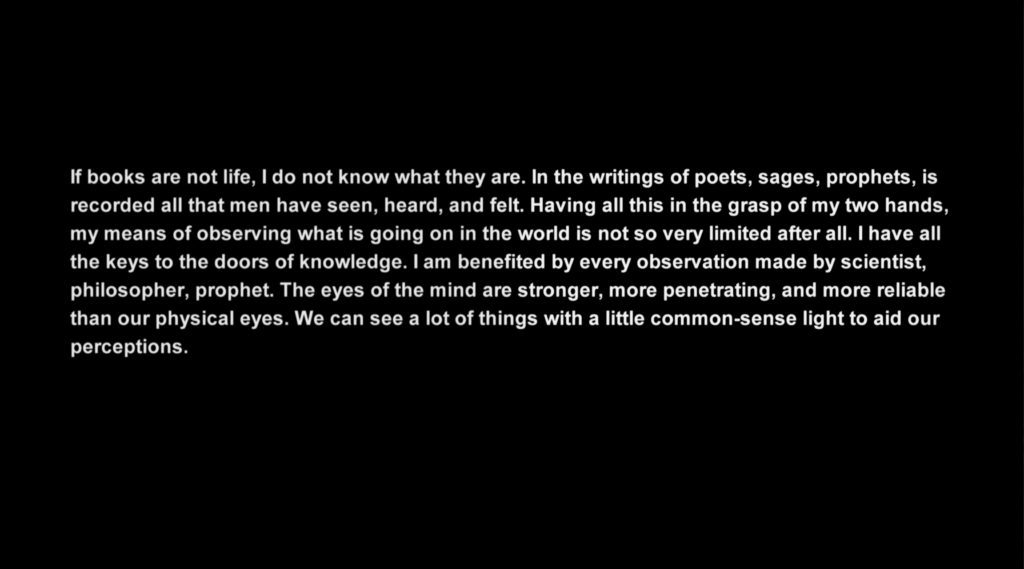 John Gianvito has made Boston his home for decades, working as a filmmaker, teacher, critic, and curator across many of the area’s storied film and arts institutions. With Her Socialist Smile, Gianvito vividly traces the public life of Helen Keller, whose life was also embroiled with the greater Boston area, as a socialist, radical, ally of solidarity movements, and disability rights activist aware of her own media representation, and their reverberant connections to the present day. Centering visual representation of the text of Keller’s speeches (very few of them were recorded aurally) and reflections from the actors hired to record voiceovers of her talks, this rousing re-telling of Keller’s import stages her ideas within both the natural world and historical lineage of leftist organizing. (AS)

The September 27 screening is presented as a double feature engagement with the first theatrical screening of a recent restoration of Profit Motive and the Whispering Wind, followed by an in-depth conversation between John Gianvito and DocYard Curator Abby Sun on both films individually and Gianvito’s broader cinema of resistance.

“While watching Her Socialist Smile, however, we confront the exact opposite conclusion: that Keller’s difference in abilities in fact strengthened her practical reason, enabling her to see more clearly with, as she phrased it, “the eyes of the mind.” It is a genuinely thought-provoking notion, suggesting that the work of building a better future starts with the imagination, the kind of vision available even to the blind.” – Lawrence Garcia, The A.V. Club

Profit Motive and the Whispering Wind 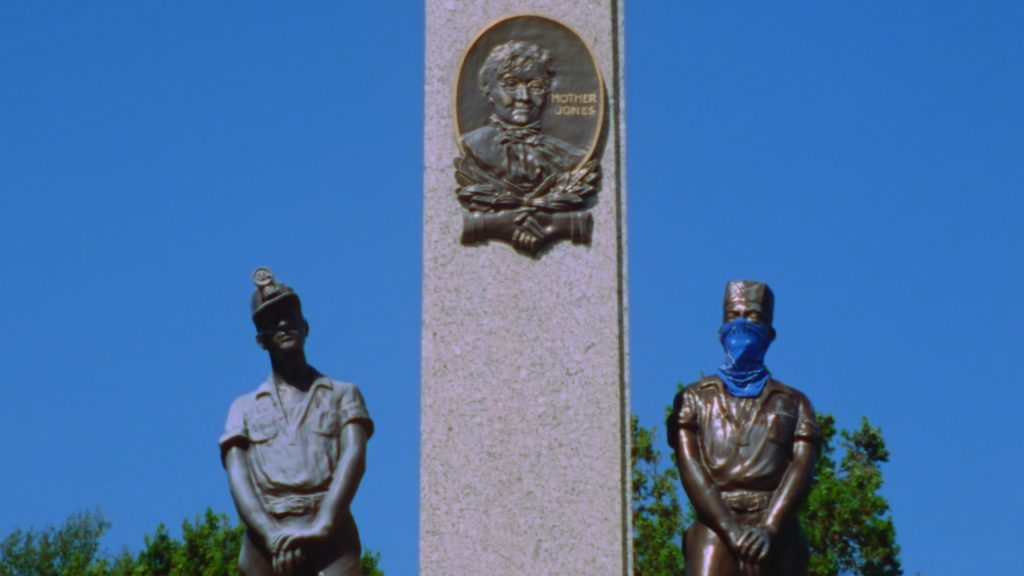 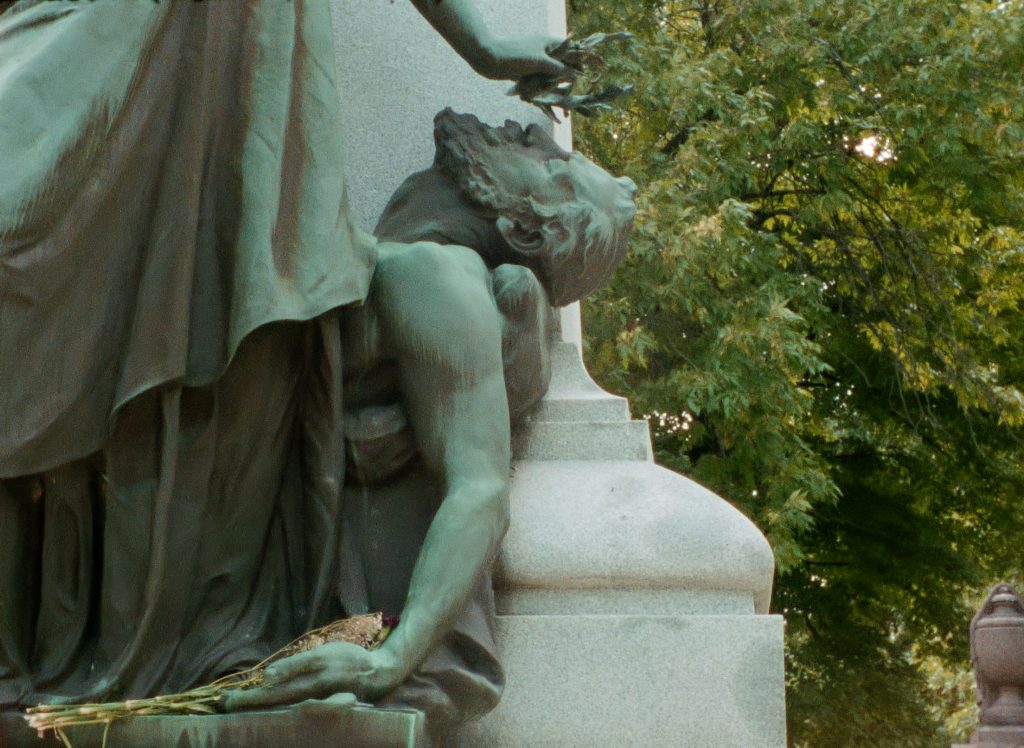 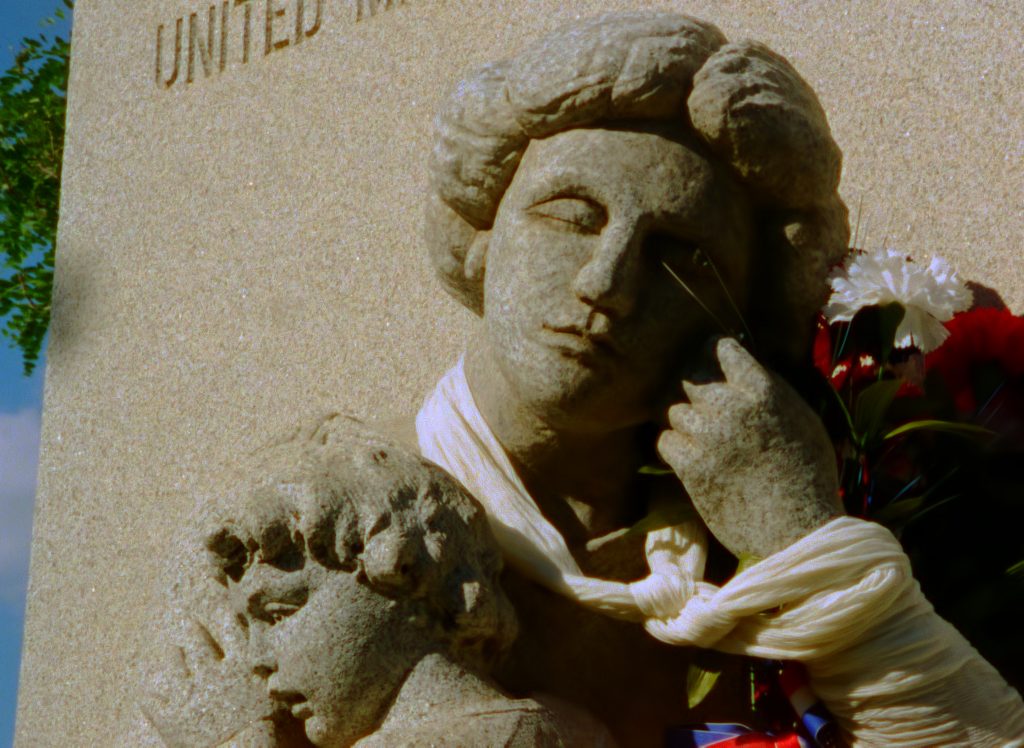 Last year was the 40th anniversary of the first publication of Howard Zinn’s A People’s History of the United States, which chronicles the people, events, and collective movements that contest officialized tellings of American progress in favor of economic, racial, gender, land, healthcare, and labor rights. Based upon the research of Zinn’s landmark book, Profit Motive and the Whispering Wind clocks in just under an hour but chronologically traces centuries of this same history through the monuments and sites whose existence, strung together in essayistic form, mark the physical presence of human activities long after it may be convenient to forget them. Beyond its structural landscape film trappings, for which the whispering wind of the film’s title reminds us of our shared commons, the film also incorporates animated vignettes and a statement of solidarity as our modern, urban environment encroaches upon a rural idyll. As a history lesson, the film remains profound. As activist artifact, it’s galvanizing as our nation publicly reckons with the import of monuments and museums. As filmic object, it’s the encapsulation of a curious, rigorous self-reflection, reminding us that we have agency in the processes that make history—as well as a liberatory future.

The September 27 presentation is the first theatrical screening of a recent restoration by Watchmaker Films and is a double feature with Her Socialist Smile, Gianvito’s latest, followed by an in-depth conversation between John Gianvito and DocYard Curator Abby Sun on both films individually and Gianvito’s broader cinema of resistance.

“Gianvito’s masterpiece unites a disparate and largely forgotten series of figures and events not necessarily to resurrect awareness of them so much as to use cinema to create a horrifying, as well as proud, thread of history of loud voices through silent markers.” — Danny Kasman, MUBI Notebook 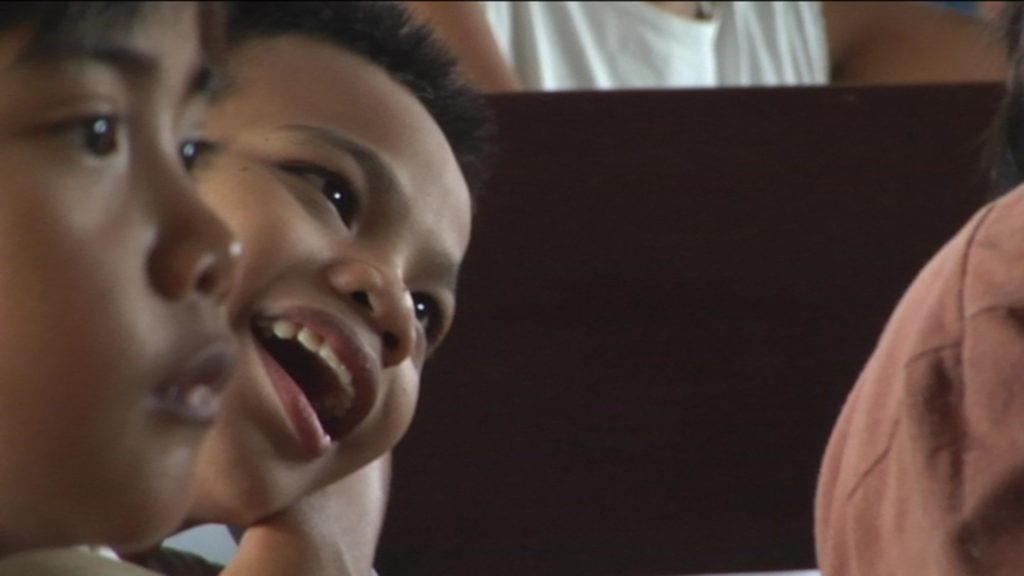 At the sites of former U.S. military bases [Clark Air Base] in the Philippines that were once vital staging areas for wars in Korea, Vietnam, and the Persian Gulf, local residents are suffering from serious health problems due to soil contamination by chemical agents. This film not only listens carefully to the voices of the struggling victims and their families, but also turns the camera on the battles and turbulent personal history of an activist who supports them, shining a light on the patterns of social inequality that have repeatedly emerged in the modern history of the Philippines, while showing the dignity of the oppressed. The film also incorporates photos depicting the nation’s historical relations with America in the late 19th century and analyzes the lingering influence of its subjugation. An homage to Tsuchimoto Noriaki [the acclaimed Japanese director of a series of documentary investigations following the Minamata mercury poisonings]. (Yamagata IDFF program notes)

Along with Wake (Subic), both parts of this diptych will be available to stream for free from September 27 – October 3, 2021 as part of the DocYard’s New England Legacy retrospective screenings featuring John Gianvito. 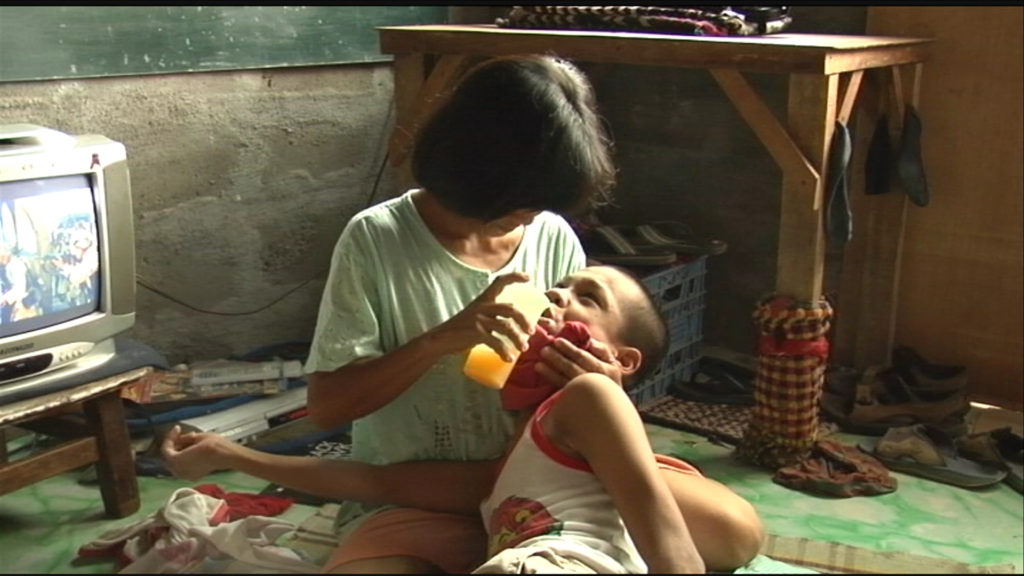 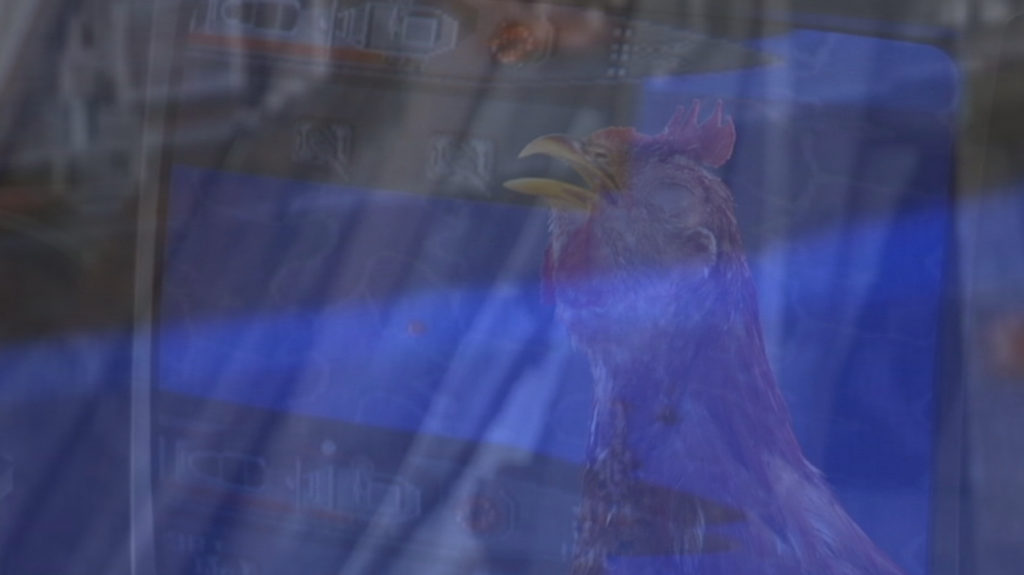 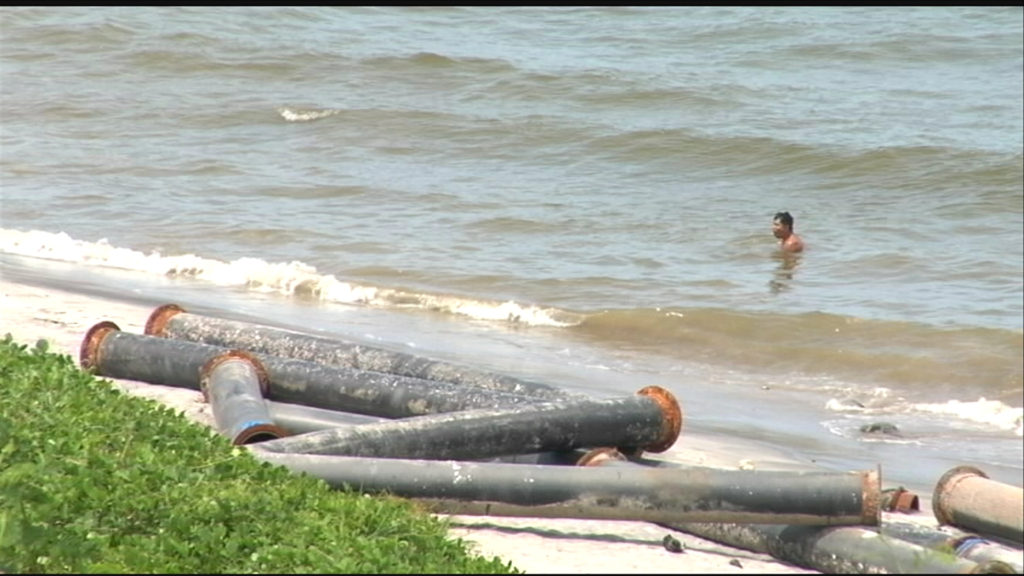 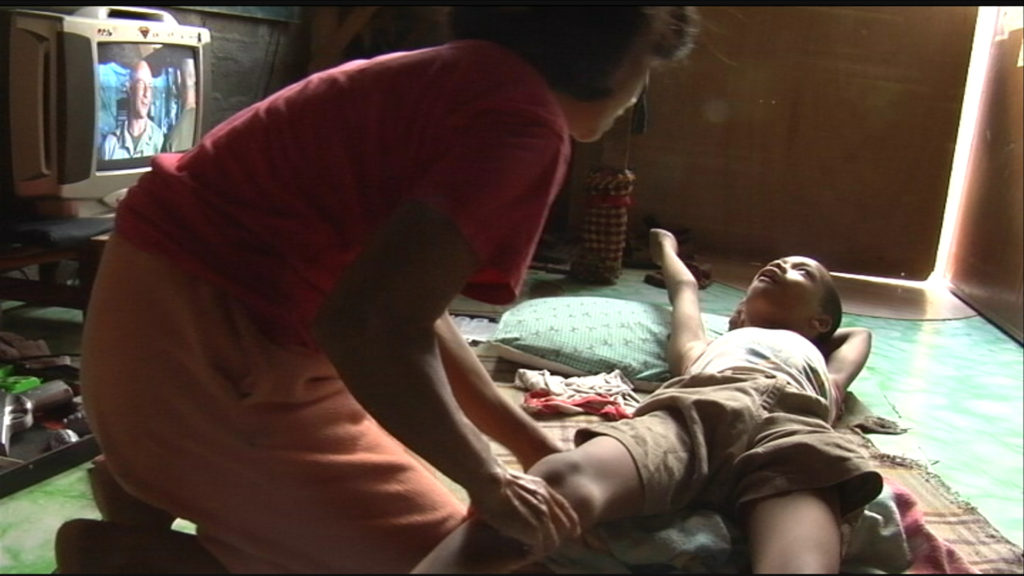 The grave pollution of the environment and adverse health effects faced by residents of the area around a former U.S. naval base [Subic Bay Naval Base] in Luzon Island, the Philippines. In this 227-minute work that continues on from his previous film, Vapor Trail (Clark), John Gianvito is listening to the voices of the people. (Yamagata IDFF program notes)

“Vapor Trail (Clark) and Wake (Subic) form two halves of a diptych that I have labeled, For Example, the Philippines. ‘For Example,’ because the human, environmental, societal horrors displayed in these works can be found all over the world. The story of what the US and its Filipino collaborators have done to the people and the landscape of that country has been and continues to be replicated in so many places, both inside and outside the US.” — John Gianvito, in an interview with José Sarmiento Hinojosa & Mónica Delgado for Desistfilm

Along with Vapor Trail (Clark), both parts of this diptych will be available to stream for free from September 27 – October 3, 2021 as part of the DocYard’s New England Legacy retrospective screenings featuring John Gianvito.