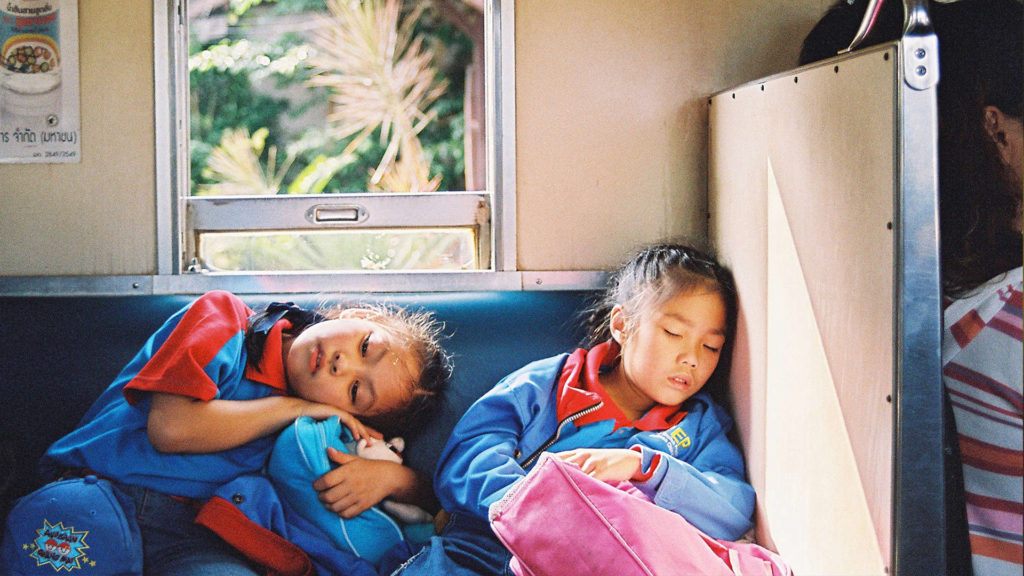 The first railway line in Thailand was inaugurated in 1893 – a sign of progress and prosperity. Shot over eight years on every active line of the country’s railway system, this wondrous documentary, directed by Sompot Chidgasornpongse and executive produced by Apichatpong Weerasethakul, offers an unprecedented immersion into the country’s past and present. While the camera mixes with the passengers as if it itself were one of them, Railway Sleepers skillfully collapses its massive trove of footage to simulate a two-day, two-night journey through the country. Looking out the train windows, you can still see rice paddies and palm trees. In first class, foreign tourists mingle with wealthy locals, toasting one another before retiring to generously sized couchettes. In the back of the train, the wagons are jam-packed. Railway Sleepers emerges as a contemplative portrait of this ever-shifting country as well as a fascinating illustration of the powerful economic and psychological role the railway system played in its history.

Sompot Chidgasornpongse (Boat) (b.1980) has a bachelor degree in architecture from Chulalongkorn university, Thailand, and graduated from a MFA Film/Video program at California Institute of the Arts (CalArts). He works in the film industry, both local and international. At Kick the Machine Films, Sompot has worked closely with Apichatpong Weerasethakul as an assistant director on many shorts, features, and installations, including ‘Worldly Desires’, ‘Tropical Malady’, ‘Syndromes and a Century’, ‘Cemetery of Splendour’, ‘Vapour’, ‘Fever Room’, etc.

Sompot’s personal shorts were shown at various international film festivals, including Rotterdam, Oberhausen, Viennale, Visions du Reel, Signes de Nuit, Indielisboa, etc. He was also one of the participants in Berlinale Talents. Sompot’s films explore the possibility of representing everyday life in a creative and thought-provoking way. He currently lives and works in Bangkok. “Railway Sleepers” is his first documentary feature.

In this epic of the everyday, a man struggles to enter the New York subway.