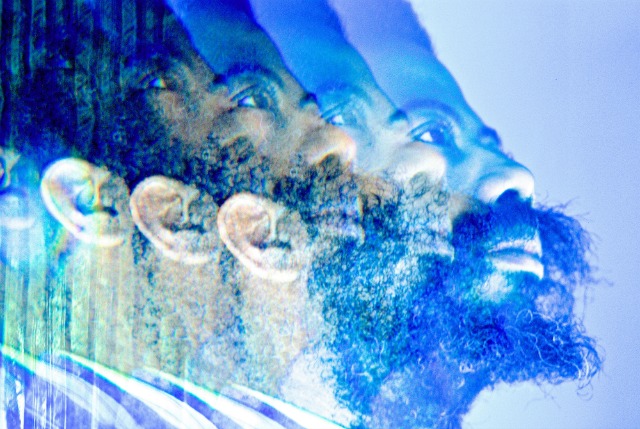 Hot on the heels of their collaboration on A Spell to Ward off the Darkness, Robert Aiki Aubrey Lowe (Lichens) and Ben Russell will join forces once more to present an evening of improvised vocalizations and musical compositions accompanied by live-manipulated 16mm film projections.

On March 23, The DocYard, The Harvard Film Archive, and the Balagan Film Series will present A SPELL TO WARD OFF THE DARKNESS by Ben Russell and Ben Rivers, with both directors in attendance for discussion.

On March 24, The DocYard, The Harvard Film Archive, and the Balagan Film Series will present a second evening of short films by Ben Russell and Ben Rivers, with both directors in attendance for discussion.

Robert Aiki Aubrey Lowe (b. 1975) is an artist and composer who works with voice in the realm of spontaneous music often under the moniker of Lichens. Most recently, creating patch pieces with modular synthesizer and tonal vocal work has been a focus of live performance and recordings. Quality of sound through the marriage of synthesis coupled with voice has allowed for a heightened physicality in the way of ecstatic music, both in a live setting and recorded. The sensitivity of analogue modular systems echoes the organic nature of vocal expression which in this case is meant to put forth a trancelike state to usher in a deeper listening through sound and feeling. His works on paper tend towards human relations to the natural/magical world and the repetition of motifs. Robert Aiki Aubrey Lowe lives and works in Brooklyn, New York.