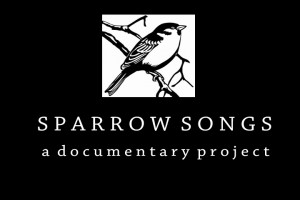 This summer, the DocYard is proud to present a selection of seven films from Sparrow Songs, a series of documentary shorts.  One selection from the series will be screened before each feature-length documentary program.

Sparrow Songs is a project in which filmmaker Alex Jablonski and cinematographer Michael Totten made and released one short documentary a month, every month, for one year.

As disparate as the topics may be, the shorts are all united in their humanity and gentleness, with the subjects consistently revealing truths about their lives and worldviews with an honesty that is rare in documentary film.

Filmmaker Magazine described the films as “poetic essays that capture the essences of specific places, people, and moments, and that then, without pretension, build these observances into larger statements about love, truth, community, and the ways we are choosing to live our lives.”

For more information, please visit the Sparrow Songs website or refer to its press release.

The seven shorts selected to be screened during the DocYard’s 2012 Summer Series are:

A look at the physical, emotional and psychological toll of unemployment in one neighborhood in East Los Angeles.

A night in a donut shop where no one eats donuts.

A community of people of faith living and worshipping alongside developmentally handicapped adults together they experience the burden and joy of what they feel God is asking of them.

For 105 years the Ramos family has operated a business unlike any other – a traveling circus.

For every 25 players on a minor league team, maybe one will ever play in the majors — potential, ambition and pressure during two days with the Lancaster Jethawks.

Star Parker, a Tea Party Republican is running for Congress. With seven weeks before the election, her campaign holds their first town hall.