The Islands and the Whales 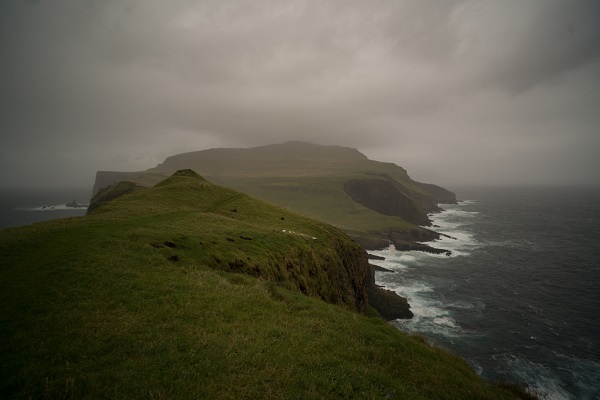 Director Mike Day will attend in person for discussion.

In their remote home in the North Atlantic the Faroe Islanders have always eaten what nature could provide, proud to put local food on the table. The land yields little, so they have always relied on harvesting their seas.

Hunting whales and seabirds kept them alive for generations, and gave them the way of life they love; a life they would pass on to their children. But today they face a grave threat to this tradition.

It is not the controversy surrounding whaling that threatens the Faroese way of life; the danger is coming from the whales themselves.

The Faroese are among the first to feel the affects of our ever more polluted oceans. They have discovered that their beloved whales are toxic, contaminated by the outside world. What once secured their survival now endangers their children and the Faroe Islanders must make a choice between health and tradition.

Mike Day is a cinematographer, director and producer from Scotland. Originally trained as a lawyer, Mike made the transition into film in 2009 when he headed off into the Scottish Outer Hebrides on a boat with a camera and met the Guga Hunters of Ness. The resulting documentary was commissioned by the BBC and screened internationally. Mike then went on to be one of EDN’s 12 for the Future, and one of 10 to watch in The Filmmaker Magazine. Supported by Sundance Institute, San Francisco Film Society, Creative Europe, Creative Scotland, Wellcome Trust, and the Danish Film Institute Mike then made the feature documentary, The Islands and the Whales in the Faroe Islands, released in 2016 the film has gone on to win awards and a BAFTA Scotland nomination and is due for UK release in 2017.

Prior to this feature screening, The DocYard will present the short film MUST SEE (13 min, 2016, digital video) by Nellie Kluz.

Film Description: All over America, rain or shine, pilgrims journey together.