The Kids Grow Up 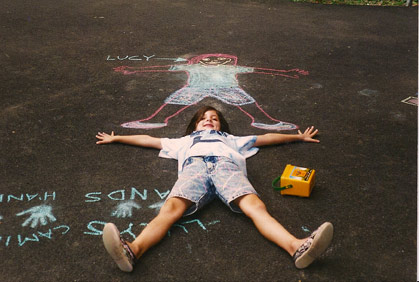 In 51 Birch Street,  one of the most highly praised personal documentaries of recent years, director Doug Block took a hard look at his parents’ marriage and his own relationship with his father.  Now Block turns in the other direction, offering an exceptionally moving film about his relationship with his only child, Lucy.

The Kids Grow Up chronicles Lucy’s emotionally-fraught last year at home before leaving for college. Moving seamlessly between past, present, and the fast-approaching future, Block has not only crafted a loving portrait of a girl transitioning into womanhood, but also a deeply poignant look at parenting and what it means to let go.
This time of transition comes with its fair share of struggles. To his credit, Block does not shy away from these moments, nor from the  humorous yet occasionally tough analysis his wife offers. The result is a personal story told with such honesty and intimacy that a singular experience unfolds into a universal tale of parenthood, marriage, and family— making this a film that fathers, mothers, sons and daughters can equally appreciate.

Directed by Doug Block (in attendance for Q&A)

Reviews:
“Remarkable…a chronicle of ordinary life that is partly a scrapbook, partly a memoir and, most movingly, an essay on the passage of time and the mysterious connection between parents and children.” — A.O. Scott, THE NEW YORK TIMES

“What [Block] has been able to do so brilliantly with both “51 Birch Street” and “The Kids Grow Up” is take personal subject matter and present it in a manner that is dramatic and universal.” – Seth Shire, The Unpaid Film Critic

“One of the best non-fiction films of the year.”- John P. McCarthy, Boxoffice Magazine

DocYard: The Kids Grow Up Q&A from The DocYard on Vimeo.