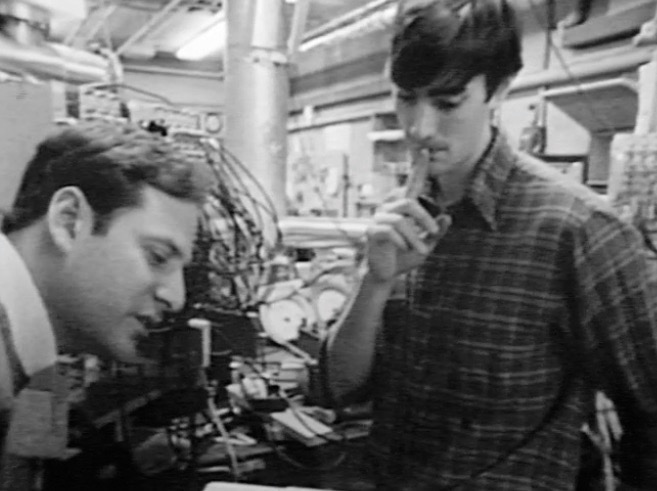 The DocYard is honored to present an evening of film and discussion with filmmaker and Boston University film professor Mary Jane Doherty. Doherty will be discussing the evolution of her work as a filmmaker and a teacher, through the lens of examining the influence of her most trusted mentor, Ricky Leacock, on her life’s work.

Mary Jane Doherty will be joined for a discussion with the subject of her 1985 film GRAVITY, Dr. Rainer Weiss, MIT Professor of Physics, Emeritus. Dr. Weiss is on the short list of candidates for this year’s Nobel Prize in Physics for his groundbreaking research on gravitational waves, the early days of which Mary Jane captured in this film. Hear their dialogue about making the film then, and where that early work has led each of them today!

It’s the early 1980s, the final days of MIT’s notorious Film/Video Section.  Famous filmmaker Ricky Leacock was in no mood to teach.  And his graduate student, Mary Jane, had no idea how to learn. Yet something happened, some transaction between the two that only now, decades later, can be expressed in words.

This evening we look at how inspiration works, in its most mysterious form.  Mary Jane will screen her “Science” Documentary, GRAVITY (1985, 40 minutes, b/w, 16mm to digital), featuring soon-to-be-Nobel Laureate Dr. Rainer Weiss, and bookend this main screening with her first short film, THREE FISH, and a clip from SONIC BOOM, a brand new work-in-progress.  We’ll see lessons learned – from the inane to the sublime – by one filmmaker who deeply reveres another.

Mary Jane Doherty is an Associate Professor of Film at Boston University. She trained at MIT, where she produced GRAVITY, a film about experimental astrophysicists, then freelanced for Northern Light Productions, Blackside, and VIDA Health Inc.

She re-emerged on the filmmaking scene with two recent feature documentaries, SECUNDARIA (2013) and PRIMARIA (2016). These films are about high school students and elementary school ballet students (respectively) growing up within the world famous Cuban Ballet system. Mary Jane shoots, directs, and edits each of her projects.

Now, she is filming a series about the Boston Children’s Chorus and the mystery of the sound.