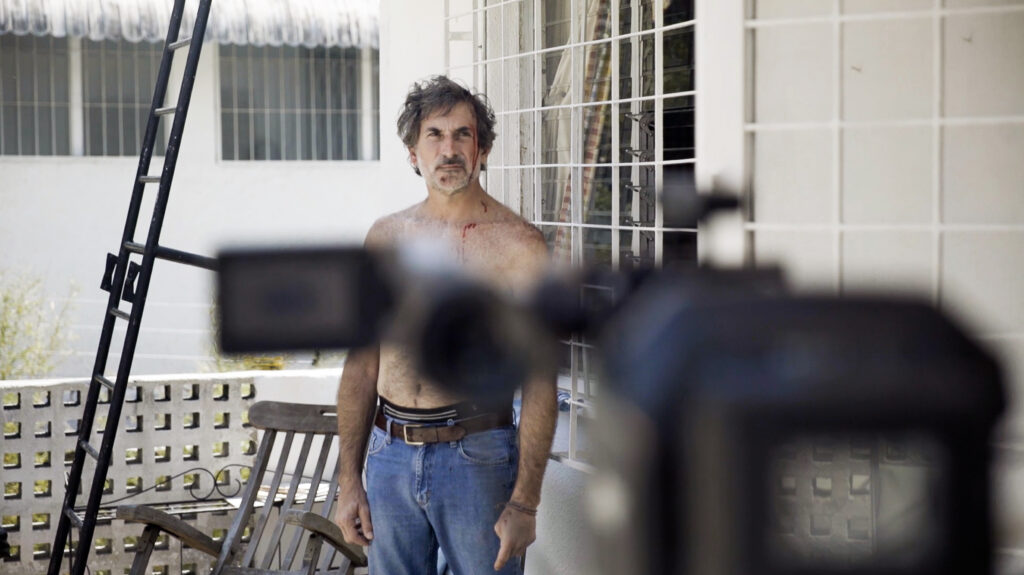 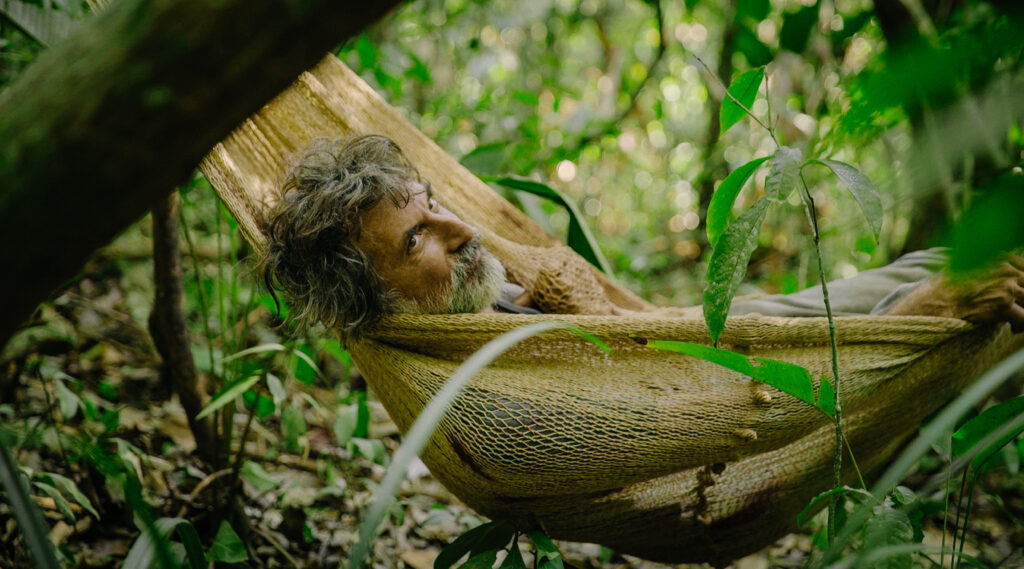 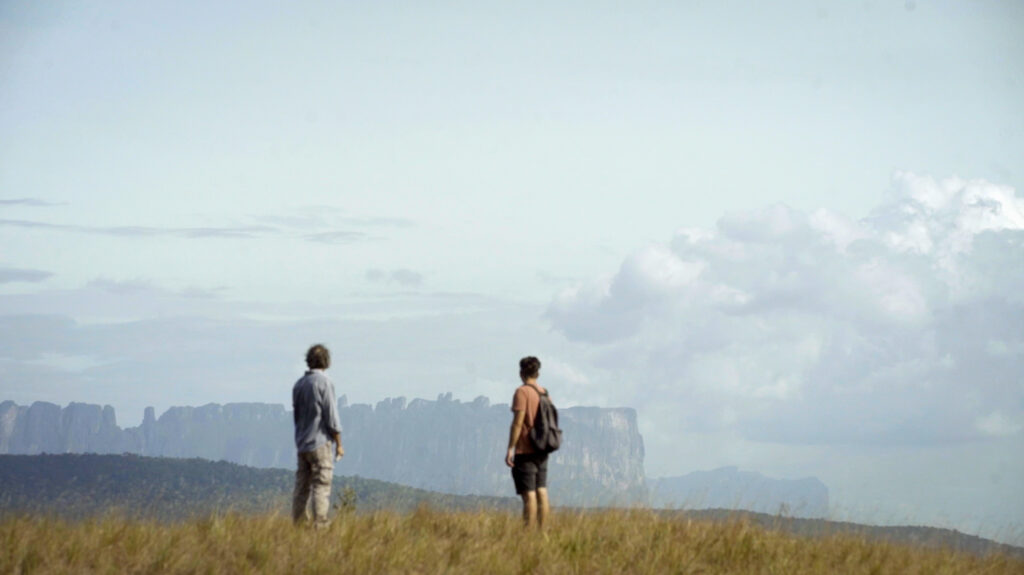 A twisty family relationship unravels as a filmmaker and his father make a film together, recorded in documentary form by the daughter-in-law.

This behind-the-scenes documentary of the making-of-a-fiction film takes a closer, harder look at the filmmaking process than most. The fiction film in question, Jorge Thielen Armand’s La Fortaleza (which premiered at Rotterdam in 2020), is a collaboration of the trendy, hybrid sort with his non-professional actor father, with whom he hasn’t had a relationship since his teenage years. The script is based on the titular El Father’s days of adventures in ‘90s Venezuela, coupled with a hard look at the effects alcoholism has on a father-son relationship and workplace environment. El Father Plays Himself’s power comes from director-cinematographer Mo Scarpelli’s steady, probing camera and understanding that nobody is powerless in this situation—consent is constantly being shifted and negotiated.

Six years after Frame by Frame (co-directed with Alexandria Bombach, DocYard Fall ’15) Scarpelli returns to the DocYard with her second solo-directed film, which continues her investigation into how cameras mediate human experiences of reality. As the collaborative and co-created film practices gain currency on the festival circuit and in academic scholarship for its aesthetics and ethics, El Father Plays Himself radically questions the reconciliatory capacity of filmmaking. (AS)

“This is rich metatextual territory and Scarpelli effectively mines it, sitting quietly as a fly-on-the-wall and unobtrusively capturing what could be considered the real gold of the production, the complex interpersonal interactions between crew and cast members making a film about a life whose real lives also happen to be inextricably interlinked.” – Matt Turner, Little White Lies.

World Premiere at 2020 Visions Du Reel and winner of a Special Mention for Best International Feature. Official Selection of the Best of Festivals at IDFA, DOC NYC, Dokufest Kosovo, and the Cucalorus Film Festival. 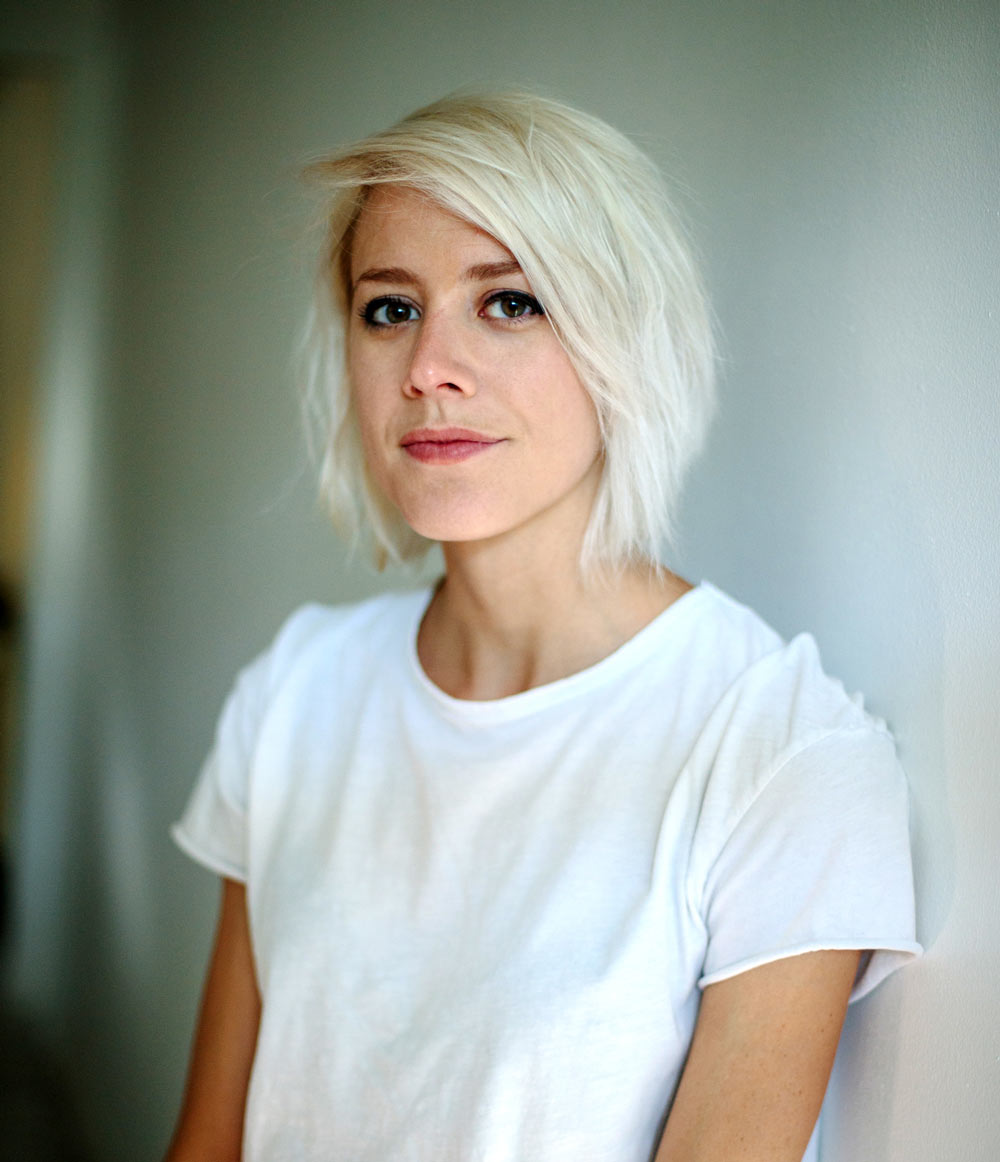 Mo Scarpelli is a director and cinematographer of mostly-nonfiction cinema. Her films linger on the rupture of identity by human error and circumstance, and the myriad ways human beings create to survive the world, and themselves. Mo’s films have screened at the Berlinale, Visions du Réel, IDFA, SXSW, Hot Docs, BFI London Film Festival, Thessaloniki, […] Read More