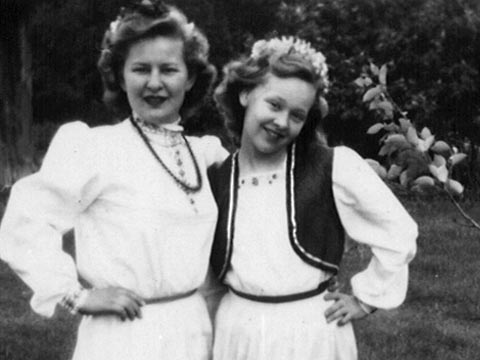 Director Jane Gillooly will attend in person for post-screening Q&A with Lisa Barbash, Curator of Visual Anthropology at the Harvard Peabody Museum

Leona’s Sister Gerri tells the dramatic story of Gerri Santoro, a mother of two and the “real person” in the now famous photo of an anonymous woman on a motel floor, dead from an illegal abortion. Reprinted thousands of times on placards, and in the media, this grisly photo became a pro-choice icon. Should the media have used this image? What circumstances led to Gerri’s tragic death? Powerfully addressing issues of reproductive rights and domestic violence, this video is a moving portrait of Gerri Santoro’s life and society’s response to her death.

“Patiently piecing together the facts behind this wrenching image, Ms Gillooly brings a wide breadth of understanding to the tragedy she uncovers.” – Janet Maslin, The New York Times

“Fleshing out the life behind a now iconic image (the film) makes the political personal, the abstract particular and in so doing uncover layers of humanity often missing in political rhetoric.” – Boston Globe Magazine, Madeline Drexler

JANE GILLOOLY is committed to the art of narrative, how it is constructed, and how complex and often hidden histories, can be made accessible. What connects her work is an empathetic curiosity about particular individuals’ struggles. Especially when history, politics and personal crises conspire. Gillooly is a Guggenheim Fellow and has had one-person screening/exhibitions at […] Read More

Screens with: We Were Hardly More Than Children

We Were Hardly More Than Children Details

“We Were Hardly More Than Children” tells an epic tale of an illegal abortion as lived by two women on a perilous journey through a world that has little concern for their survival.