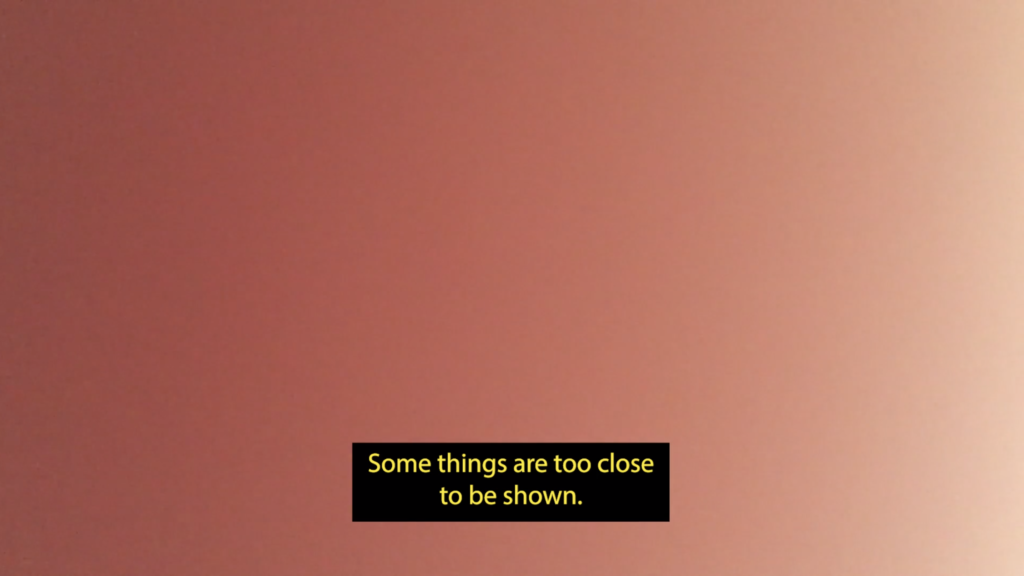 Continuing filmmaker Jordan Lord’s approach of accessibility shaping and embodying the form of their films, Shared Resources explores various forms of debt (financial, emotional, etc), the risks present in documentary filmmaking, and how that manifests within the lives of the filmmaker and their parents. (KM)

On the surface, Shared Resources is, as it announces, a film about debt. It’s a film about filmmaker Jordan Lord’s parents’ bankruptcy, the physical and psychological repercussions of restructuring after multiple crises, and how precarity affects even middle-class families in the U.S. The brilliance of the film, however, is its reframing of every aspect of the frame, which emphasizes its reframing of the notion of debt: what are the structures and apparatuses that encourage debt? That encourage unequal power dynamics within documentary filmmaking? For a rapacious rich, moneyed class and nameless institutions over wage workers? Over the course of several years, Lord travels back to their parents’ home in Mississippi to explore the iterative process of collaboration and what drives ethical practices in documentary storytelling with a subject as personal and vulnerable as this one.

Central to Shared Resources’ techniques is a reconsideration of the potential of audio descriptions and captions as essential to the finished film. The audio descriptions take the form of each family member verbally annotating an earlier cut of each scene, recalling the ethnofiction of Jean Rouch and other hybrid documentarians while developing this conceit as a form of emotional release. The captions also become crucial with different font colors differentiating between “on-screen” and “off-screen” discursive spaces. These approaches help the timeline of this film stretch and compress, addressing events far back in the past, like the remnants of the Vietnam War, as well as hopes for the future. There are scenes that reveal and contest accepted conventions of documentary filmmaking (image releases, the assumption of risk). These many elements are handled deftly and assuredly, never overcrowding the film while also avoiding overly-neat conclusions. Shared Resources is an accomplished, moving film, marking the debut of a documentary voice and ethos that we hope to return to again and again. (AS) 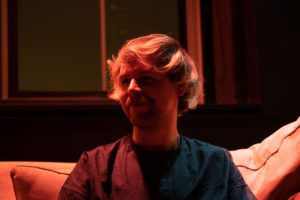 Jordan Lord is a filmmaker, writer, and artist, working primarily in video, text, and performance. Their work addresses the relationships between historical and emotional debts, framing and support, access and documentary. Their work has been shown internationally at festivals and venues including DOCNYC, Artists Space, Anthology Film Archives, and Camden Arts Centre. Their solo exhibition of […] Read More