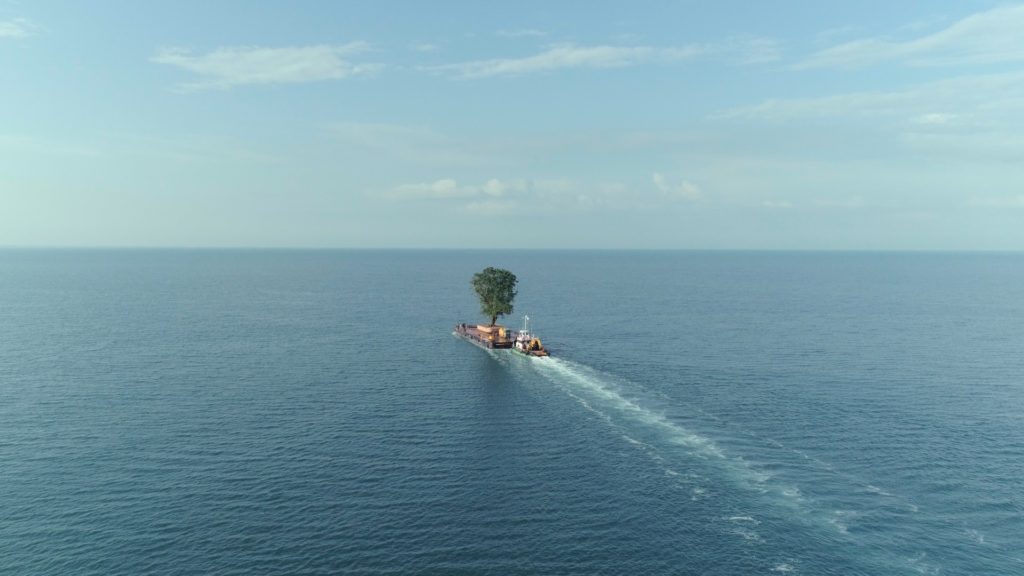 An enormous tree, rendered small in the colossal expanse of the seas: these are the images that open and close Taming the Garden. A similar image inspired filmmaker Salomé Jashi to pursue this story, which was widely reported in Georgia. Georgia’s richest man, a former prime minister and founder of the ruling political party, bought hundreds of the country’s oldest and largest trees, had them uprooted, and moved them to his own privately-owned but publicly-accessible Shekvetili Dendrological Park. But Taming the Garden is very much not a symbolic, abstract account—its strength derives from an interest in the details of the monumental. The film is as much a record of the ingenious labor and vast infrastructure necessary to complete such feats, over and over again, as it is a visual account of the destruction of removal, the leftover debris, and the sociological implications of buying and selling living beings. Jashi was last at the DocYard with her last feature film, The Dazzling Light of Sunset (Fall ’17), a comedic two-hander about a community news station in rural Georgia.

Her understanding of small-town politics, ability to create documentary mise-en-scènes as gorgeous as they are revealing, and sharp sense of humor are all heightened in this film. With its deliberate refusal to engage with the story on the judgmental tones of mainstream media, Taming the Garden holds space for the villagers under pressure to sell their trees to speak at length, with occasional glimpses at families debating the decision. The stars of the show are the trees, whose lives span generations of us humans—and our political regimes. (AS)

“But this is no simple story of eccentric whims; Jashi’s expansive, wide-angle views let us feel the visceral impact when towns and villages must give up 100-plus-year-old trees, like losing some part of their hearts.” – Nicolas Rapold, Screen Slate 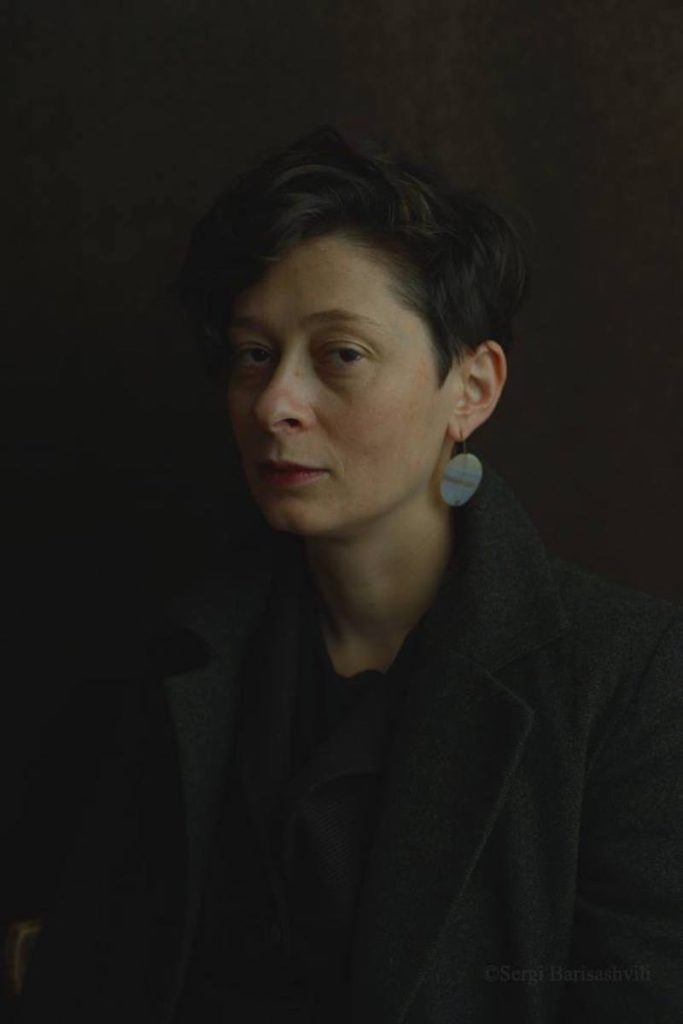 Salomé Jashi was born in Tbilisi, Georgia in 1981. She first studied journalism and worked as a reporter for several years. In 2005 she was awarded a British Council scholarship to study documentary filmmaking at Royal Holloway, University of London. Salomé’s The Dazzling Light of Sunset (2016) was awarded the Main Prize at Visions du […] Read More